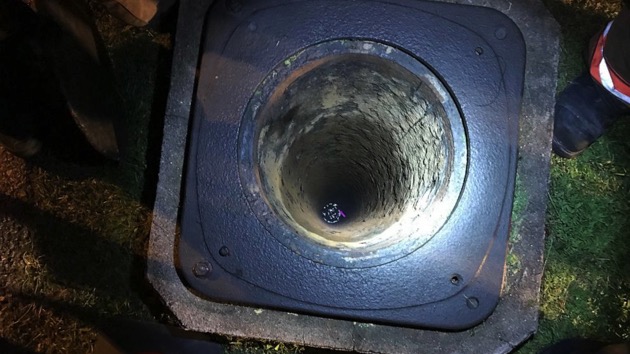 (EVANSVILLE, Ind.) — A 5-year-old boy was rescued without injury after he fell 30 feet down a narrow storm drain in Indiana, according to the fire department.Evansville firefighters responded to find the boy in a 16-inch diameter pipe at about 9 p.m. Thursday, according to the Evansville Fire Department.The pipe was too narrow for firefighters to rescue the boy themselves, so after several tries with different ideas, the creative first responders decided “to lower a swing set seat down to him,” the fire department said in a statement Friday.”The boy was instructed to sit in the seat like he was riding a horse so they could pull him up while the sides of the pipe kept him from falling off,” the fire department said.The 5-year-old was rescued at about 10:30 p.m., fire officials said.He had no apparent injuries besides possible scrapes and bruises, officials said.The boy was conscious and alert the whole time, fire officials said, adding that air was pumped into the hole throughout the ordeal.