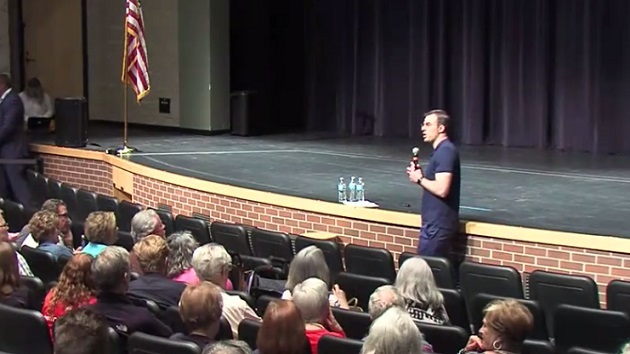 (WASHINGTON) — Rep. Justin Amash, the lone Republican in Congress to open up impeachment talk against President Donald Trump, announced on Thursday that he is leaving the Republican Party. Amash, I-Mich., made the declaration in an opinion piece published by The Washington Post.”Today, I am declaring my independence and leaving the Republican Party,” Amash wrote. “No matter your circumstance, I’m asking you to join me in rejecting the partisan loyalties and rhetoric that divide and dehumanize us. I’m asking you to believe that we can do better than this two-party system — and to work toward it. If we continue to take America for granted, we will lose it.”Amash has been the sole congressional Republican to publicly say that the president committed impeachable offenses based on conclusions in special counsel Robert Mueller’s report on his investigation into the Russian meddling in the 2016 presidential election.He left the conservative House Freedom Caucus last month.