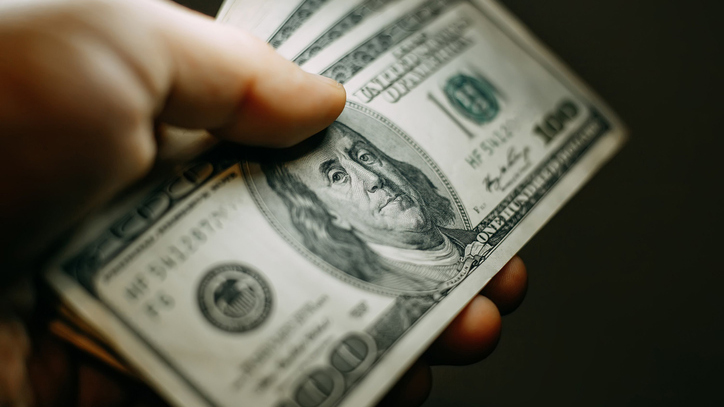 (WASHINGTON) — President Donald Trump’s sole Republican primary challenger, former Gov. Bill Weld, said Wednesday that his campaign raised $688,000 from donations during the second quarter of 2019.The Weld campaign told ABC News that since jumping into the race in mid-April, they’ve raised short of $700,000 from 7,000 total donors. And on top of supporter contributions, the former Massachusetts governor also poured $181,000 of his own money into the campaign, bringing the second quarter total to $869,000. The average donation for the quarter was $98, according to the campaign.The haul represents the first look at Weld’s fundraising efforts for his long-shot challenge to Trump, who remains historically popular within the Republican Party and has yet to acknowledge the former governor’s campaign.The campaign’s official report is set to be filed with the Federal Election Commission by July 15.Weld senior adviser and political campaign veteran Stuart Stevens told ABC News that the campaign is “satisfied” with the hard dollar fundraising numbers.”[We’re] confident that we will have, from all sources, the resources necessary to communicate via both broadcast and digital means, in all key states, Gov. Weld’s message that America deserves better than it is getting today: it deserves the best traditions of the Republican Party, not the opposite of those tradition,” Stevens added.While the campaign argues that the numbers also represent Weld jumping into the race two weeks into the start of the quarter, the campaign’s first fundraising performance likely won’t impress skeptics of his historically improbable presidential primary challenge against a historically popular Republican president — who just announced raising a total of over $100 million with help from the Republican National Committee.”This is like the New York Yankees going against P.S. 43 High School in New York City,” Thomas Whalen, politics expert and associate professor of social science at Boston University, told ABC News regarding Weld’s haul. “It’s astronomical, in terms of money, for Weld to put up any kind of credible challenge or launch credible message against the president.”And despite some never-Trump party voices, including veteran Republican Bill Kristol, calling for someone to step up and challenge the president, Whalen said Weld’s fundraising numbers help prove one thing: “There is no appetite at all for a Republican primary challenge to Trump.””Trump has a lock hold on the party and apparently on the rank and file. Clearly, Bill Weld isn’t proving to be the Bernie Sanders of the Republican Party,” the “Kennedy Versus Lodge: The 1952 Massachusetts Senate Race” author added.Weld, a former Republican governor of Massachusetts, officially launched his long-shot primary challenge against the president back in mid-April, amid speculation that other top Republican critics of Trump, such as Gov. Larry Hogan and former Gov. John Kasich, could also join the race.However, Weld has struggled to pick up steam and both Hogan and Kasich have seemingly passed on launching their own bid to unseat Trump, even despite the release of former special counsel Robert Mueller’s report in April.For now, Weld remains the lone Republican running to dethrone a president who benefits from overwhelming popularity within the party. Trump sits at a nearly 80% approval rating among Republicans, 83% among highly conservative Americans and 77% among evangelical white Protestants, a core Republican group.The last time a candidate rose to prominence for challenging a sitting president within the party was in 1992 when Pat Buchanan ran against then-President George H. W. Bush.Buchanan, who was a White House communications director under former President Ronald Reagan in the 180s, raised just shy of $875,000 from a total of 2016 donations in the first 2 1/2 months of his presidential campaign — from December 1991 through mid-February 1992, according to archived campaign finance information from the Federal Election Commission. The average donation was $434.And similarly to Weld, Buchanan also invested his own money into his presidential campaign, dropping $50,000 of his own money in the first three months. Later in the cycle, he borrowed more than $1 million from banks for his presidential campaign, according to FEC data.Moving forward, Weld’s campaign says a top priority will be pressuring the party to get him on a debate stage with the president — something that’s unlikely to take place, given the RNC’s undivided support for Trump’s re-election.”It’s a serious goal and a main priority for us moving forward,” Weld campaign communications director Joe Hunter told ABC News in an interview. “Obviously the president is not going to be anxious to do that. But we’re going to make the case that competition is good, Republicans like competition.”In response, the RNC made it clear they have no plans to hear Weld out.”The RNC and the Republican Party are firmly behind the president. Any effort to challenge the president’s nomination is bound to go absolutely nowhere,” a RNC spokeswoman tells ABC News. The Trump campaign declined to comment.Copyright © 2019, ABC Radio. All rights reserved.