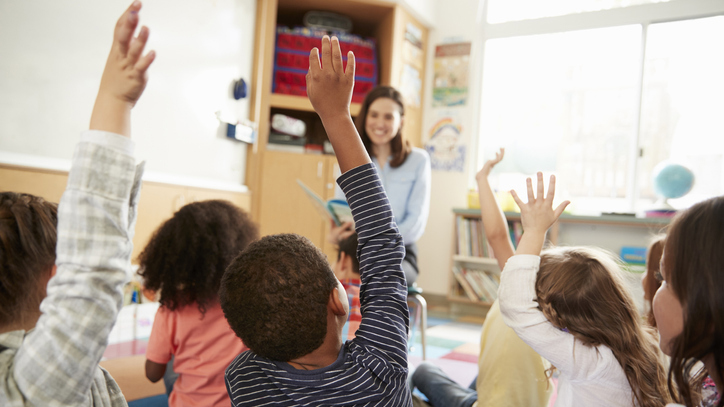 (WASHINGTON) — As public outrage over conditions at migrant detention centers intensifies, a top House Democrat is disputing the Education Department’s stance that the agency does not need to enforce requirements on states to provide disability services to children in federal custody.Under the Individuals with Disabilities Education Act, or IDEA, states are required to identify children with disabilities and provide those individuals with a free public education. The process is also referred to as “child find.”In a letter to Education Secretary Betsy DeVos, Rep. Bobby Scott, D-Va., argues that IDEA should apply to migrant children in custody as well.The House Education committee chairman’s July 2 letter to DeVos challenges the Education Department’s previous position that migrant children in federal custody do not have rights to educational services provided to children residing in the United States under federal law.”While its unthinkable that any children would be subject to these horrendous conditions, this sort of inhumane treatment is likely to have a particular devastating impact on children with disabilities,” Scott writes.When asked about the letter, the Education Department pointed to their initial letter dated April 9 to Scott, where Johnny Collett, the assistant secretary in the Office of Special Education and Rehabilitative Services, wrote that the Education Department’s “longstanding position” is that there is no obligation “on states and school districts to conduct child find and provide special education and related services to children with disabilities in the custody of federal agencies.”And while Scott doesn’t address the issue of access to these facilities in his letter, Democratic aides said that pressing the Education Department to implement these regulations under IDEA could give states and localities a way into the facilities.As of late last week, there were about 1,000 children detained at Border Patrol stations and another 13,500 kids being held at privately run shelters under a program managed by the Department of Health and Human Services. Many of those shelters do offer general educational services and since Congress passed its latest emergency spending bill, the programs have resumed.Border facilities housing children have been under intense scrutiny following scathing reports from doctors and lawyers who visited some of the centers where they said the children did not have adequate access to food, sanitation and medical services.Federal immigration officials pushed back against the allegations, although many of the concerns about overcrowding and sanitation have been confirmed by internal investigators.According to Scott’s letter, since the children in detention are physically within the borders of these states, they are “residing” within the various states they are being kept in.”The leading Supreme Court opinion on this issue, Board of Education v. Rowley makes clear a state has IDEA obligations to all children with disabilities residing ‘within its borders,"” the letter said.Additionally, in the April 9 letter to Scott from the Education Department’s office of Special Education and Rehabilitative Services, the department argues that children being held in federal custody under the Office of Refugee Resettlement and the Department of Homeland Security are “not under the general supervision of SEAs,” or state educational agencies.The letter notes that Congress has issued funds to other federal agencies to implement IDEA.”If Congress had intended to require states and school districts to apply IDEA’s child find provisions to individuals in federal facilities, including facilities operated by HHS or DHS, it could have amended the statute to do so,” according to the April letter from Collett.Scott disputes this in his July letter to DeVos, stating that “while it is true that IDEA does not explicitly contemplate the executive branch’s responsibility to children with disabilities after separating those children from families, that does not mean that child find requirements do not apply to unaccompanied minors with disabilities who are held in federal custody.”

The chairman requests a response from the Education Department by July 16.