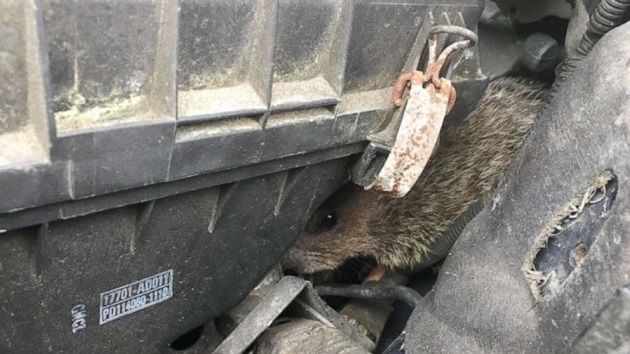 (DEDHAM, Mass.) — Mechanics at a local repair shop in Dedham, Massachusetts, were surprised by what they found under the hood of a customer’s car brought in due to a “check engine” light on Tuesday morning. A groundhog was “tucked away” in the vehicle’s engine compartment, according to the Dedham Police Department.”This condition might not be in the owner’s manual,” police quipped on a post on Twitter.An animal control officer from the Dedham Police Department, who was called to the scene, “was able to free the animal and send it on its way,” police added.

This condition might not be in the owners manual. A vehicle was brought to a local repair shop due to a "check engine" light. This groundhog was found tucked away in the engine compartment. Animal Control was able to free the animal and send it on its way. pic.twitter.com/NHIFEIOrzM

‘The Killing of Kenneth Chamberlain’ shines a light on racial injustice
Free child safety seat checks
‘﻿Blue Bayou’﻿ shines a light on this issue that many have “no clue” about
New Brookville fire engine has its first call to structure fire
“The past has caught up with me”: Check out the first trailer for Marvel Studios’ ‘Hawkeye’
‘Impeachment: American Crime Story’ shines a light on the women of Bill Clinton’s sex scandals