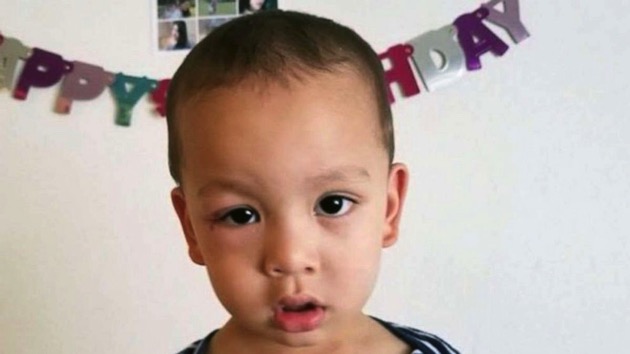 (DENTON, Texas) — A missing 2-year-old boy was found dead in a car in Texas Wednesday morning after an “extensive” search for him on Tuesday, police said.”We are all heartbroken,” Denton Police Chief Frank Dixon said at a news conference on Wednesday. “The family is just devastated. The mother is being treated right now for some undetermined medical conditions. She had a panic attack when she was notified.”Two-year-old Sarbesh Gurung disappeared Tuesday afternoon after his mom said she put him down for a nap, reported ABC Dallas affiliate WFAA.”There was an extensive search” for the boy on Tuesday, with over 200 people helping, including police and community members, the chief said.The car with Sarbesh inside was found within the search area and was in “pretty close proximity” to the family’s home, he said, and it’s not clear how Sarbesh got into the car.Windows on the car were dark and it was hard to see inside, he said, and it is not clear if that car had been searched on Tuesday.”It’s not a time to point fingers, it’s not a time to assign blame,” the chief said. “It’s a time for us collectively to come together, grieve together and heal together.”There were no obvious signs of trauma, Dixon said. The little boy’s body will be taken to the medical examiner’s office for an autopsy.”There’s a lot of things we don’t have answers for,” he said.”There’s no persons of interest right now because we have nothing leading us to believe this was an intentional act of homicide,” Dixon said.The chief added that “with the Texas heat, him being 2-and-a-half years old,” he could overheat very quickly in a car.The major crimes unit is investigating.Copyright © 2019, ABC Radio. All rights reserved.

In theaters now: Gerard Butler and Frank Grillo in the “irreverent, explosive” ‘COPSHOP’
These vaccine mandates are already in place to attend school in the US
Confused about boosters? Here are some answers
COVID-19 live updates: US reports highest daily death toll in nearly 7 months
Derek Chauvin pleads not guilty in 2017 excessive force case involving 14-year-old Black boy
Apprehensions at the southern border surpass 200,000 in August