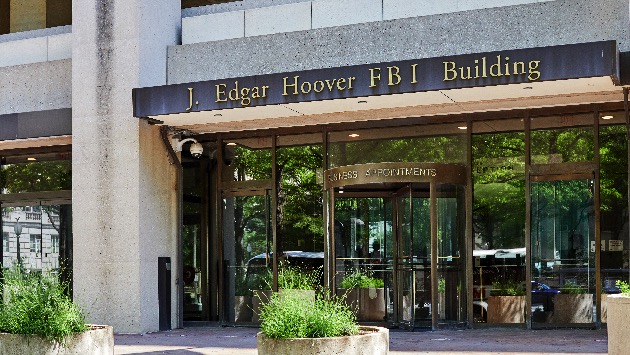 (WASHINGTON) — The Justice Department inspector general plans to investigate the FBI’s decision to scrap plans to relocate the agency’s headquarters from downtown Washington, D.C., to the city’s suburbs, according to a letter the agency watchdog sent to Congress earlier this week.The agency watchdog will review the Justice Department and FBI’s “involvement in decisions relating to the possible relocation of FBI Headquarters,” according to the letter the agency sent lawmakers on Tuesday.Democrats have raised questions about the reversal of a move that was years in the making, and whether President Trump or the White House wielded improper influence over the decision that may have impacted his business interests. The current FBI headquarters is across the street from the Trump International Hotel in Washington.Several Democrat-led House committees are investigating the decision to adjust plans for the FBI headquarters, which has also been investigated by the General Services Administration inspector general.Last year, a top General Services Administration official told the House Appropriations Committee the president had no role in the project, statements the GSA inspector general later said were misleading and “incomplete,” after it was revealed that the official, GSA Administrator Emily Murphy, attended two meetings at the White House, and one with the president, about the project.The GSA inspector general also concluded the agency misrepresented the costs of the relocation plans, and found that the revised plan to renovate the existing facility would cost more than the plan to relocate the bureau to the suburbs.Copyright © 2019, ABC Radio. All rights reserved.