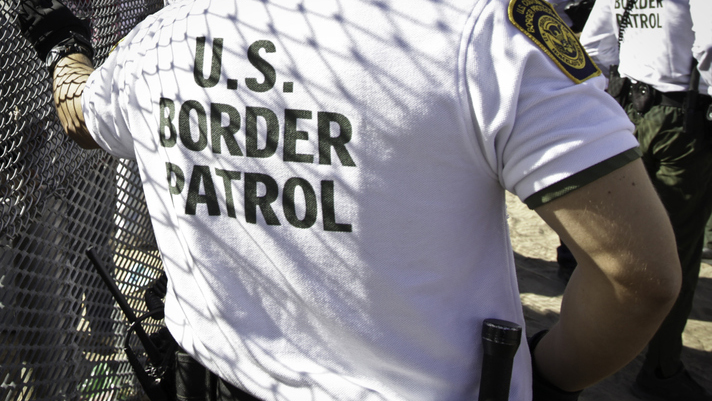 (WASHINGTON) — A federal judge has halted a Trump Administration order that allowed for the indefinite detention of people who came to the U.S. to seek asylum, in a ruling that the White House said Wednesday was “at war with the rule of law.”The nationwide injunction issued by Seattle District Judge Marsha Pechman put a hold Attorney General William Barr’s order from April that U.S. authorities would deny bond hearings to some migrants detained for being in the U.S. illegally, even if they had established a “credible fear” claim regarding conditions in their country of origin.Prior to Barr’s order, an applicant who met that standard could remain in the U.S. and not be detained while the asylum application was pending.”It is the finding of this Court that it is unconstitutional to deny these class members a bond hearing while they await a final determination of their asylum request,” Pechman wrote in her order. “The court finds that plaintiffs have established a constitutionally-protected interest in their liberty, a right to due process, which includes a hearing before a neutral decision maker to assess the necessity of their detention and a likelihood of success on the merits of that issue.”The ruling said that the government must grant eligible asylum-seekers a bond hearing within seven days of their initial detention, and that if no hearing is held in that period, the detained migrant must be released.The Department of Justice is expected to immediately appeal the ruling, which was announced on Tuesday. On Wednesday morning, Stephanie Grisham, the new White House press secretary, issued a fiery statement saying the decision would only increase the activity of smugglers and traffickers who bringing immigrants across the border.”Yesterday, a single, unelected district judge in Seattle issued an injunction that prevents the government from ensuring the detention of those aliens who cross the border unlawfully until the completion of their immigration court proceedings,” Grisham said. “The district court’s injunction is at war with the rule of law.”The American Civil Liberties Union (ACLU) and the Northwest Immigrants Rights Project (NIRP), who brought the lawsuit, applauded Pechman’s ruling.”The court reaffirmed what has been settled for decades: that asylum seekers who enter this country have a right to be free from arbitrary detention,” said Matt Adams, NIRP’s legal director. “Thousands of asylum-seekers will continue to be able to seek release on bond, as they seek protection from persecution and torture.”Pechman wrote that her ruling was based on “50 years of statutory and case law supporting the rights of persons detained for non-criminal reasons to be released upon posting bond.”The resolution of asylum claims can take months or in some cases years, given the massive backlog of cases and lack of immigration judges.Asylum seekers have traditionally been granted bond hearings in which they could make a case that they posed no threat to the public and could be granted release in order to reside with relatives in the U.S. as they awaited their immigration hearings.