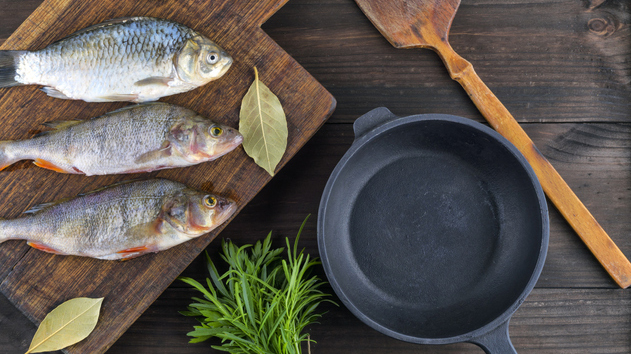 (NEW YORK) — Fish can be an essential part of a balanced diet, and nowhere are they more important than during pregnancy and breastfeeding, according to updated guidance from the Food and Drug Administration (FDA).“Fish and shellfish are an important part of a well-rounded diet. However, we know many consumers worry about mercury in fish and even choose to limit or avoid fish because of this concern,” Susan Mayne, director of the FDA’s Center for Food Safety and Applied Nutrition, said in a press release. “In fact, we have seen that women in the U.S. who are pregnant are consuming far less than the recommended amount of seafood.”Prompted by evidence suggesting that mothers were limiting their fish intake over concerns about mercury levels, the FDA said its revised advice has two goals: to focus on the myriad of health benefits provided by many different types of fish, and to inform women about which fish are safe to eat.The update is based on the government’s the 2015-2020 Dietary Guidelines for Americans, which recommends that women who are pregnant or breastfeeding consume eight to 12 ounces of a variety of seafood per week. However, fish that are high in mercury, such as king mackerel, shark and swordfish, should be avoided.Data from the FDA revealed that over 20% of pregnant women reported eating no fish in the previous month. Half of those who reported eating fish ate less than two ounces – equivalent to just half a cup of tuna. These women are missing out on a food source with many nutritional benefits, according to the agency.The macro- and micronutrients contained within fish — including protein, minerals and high levels of vitamin B12 and vitamin D — are critical for development during pregnancy and in early life. Fish are also a rich source of iron to help prevent anemia, a common complication of pregnancy and the post-partum period.The benefits of fish aren’t just limited to pregnancy, according to the FDA. Fish are known to improve cardiovascular health, and can contain high levels of healthy omega-3 fats (called DHA and EPA) which protect blood vessels and decrease the risk of heart attacks.To summarize their guidance, the FDA have published a handy one-page guide for pregnant or breastfeeding mothers, and mothers with young children. The guide includes over 60 types of fish classified into “best choices,” “good choices,” and “choices to avoid” based on mercury levels.“Our goal is to make sure Americans are equipped with this knowledge so that they can reap the benefits of eating fish, while choosing types of fish that are safe for them and their families to eat,” said Mayne.However, developing and improving guidelines is only one step to improve the health of pregnant and breastfeeding women in the U.S. Raising public awareness about the advantages of consuming fish is key.Copyright © 2019, ABC Radio. All rights reserved.