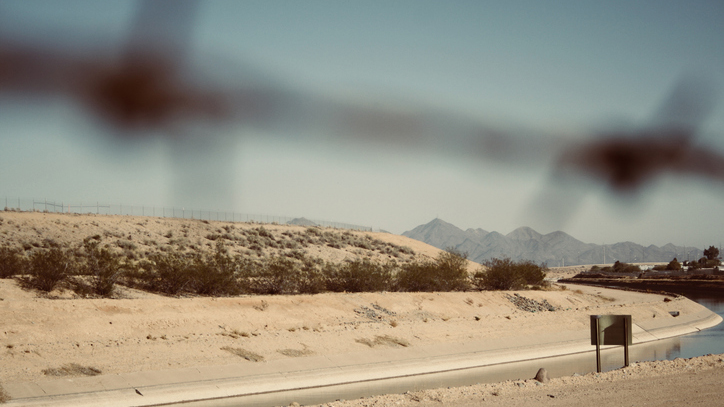 (WASHINGTON) — Acting Homeland Security Secretary Kevin McAleenan stood before news cameras and reporters last Friday and unequivocally denounced allegations of mistreatment and neglect of children at a U.S. Border Patrol facility as “unsubstantiated.”He also praised Border Patrol officers.“The real story I would submit to you on the border crisis and our response is about our Border Patrol agents who have chosen a career about protecting others,” he said.But McAleenan’s remarks are now under scrutiny following two separate bombshell reports — one by his own agency detailing massive overcrowding and unsanitary conditions at several border facilities, and another report by the investigative news outlet ProPublica exposing the existence of a secret Facebook account in which current and former Border Patrol agents joked about migrants dying.McAleenan has called for an investigation into the Facebook account. On allegations of mistreatment at border facilities, his office has responded by stating what has been known for months.“The current migration flow and the resulting humanitarian crisis are rapidly overwhelming the ability of the Federal Government to respond,” states a July 1 letter included in the watchdog report by the Inspector General’s office at the Department of Homeland Security.But while Democrats have mostly reserved their wrath for outspoken immigration hardliners in the administration and spared McAleenan — a career law enforcement official and holdover from the Obama administration — the acting secretary’s comments Friday are now raising eyebrows.“DHS Acting Secretary Kevin McAleenan said conditions at the border were ‘unsubstantiated,’” tweeted Sen. Bob Menendez on Wednesday.

“Well, I hope @DHSMcAleenan reads this. Are the reports substantial enough for you, yet?” he wrote, adding a link to the government report detailing poor conditions at facilities.

DHS Acting Secretary Kevin McAleenan said conditions at the border were “unsubstantiated.”Well, I hope @DHSMcAleenan reads this. Are the reports substantial enough for you, yet? https://t.co/op2gW0OvKe

The inspector general’s office visited Customs and Border Protection sites across the Rio Grande Valley in South Texas. They found migrants penned in overcrowded Border Patrol facilities.DHS and McAleenan’s office did not respond to several questions about whether he stands by his remarks Friday.McAleenan, a former head of U.S. Customs and Border Protection before being tapped to lead DHS after Kirstjen Nielsen’s ouster, had been sounding the alarm for months on what he says is a breaking point at border facilities. As he noted last Friday, McAleenan had warned Congress repeatedly that the Border Patrol agents didn’t have the resources to do their jobs as record-numbers of asylum seekers, including families, crossed the border.DHS also has pressed for Health and Human Services to open for children’s shelters so they could be transferred quicker out of Border Patrol stations, which are cold concrete holding cells not built for long-term stays.Last Friday, McAleenan said the tours proved that the border facility was “clean and well managed.”“But frankly much of the coverage is simply too late and is missing the story,” he told reporters.McAleenan added that his agency had applied “unprecedented resources and effort to care” for the migrants, including $500 million this year to address the influx of border crossings, including “increasing access to medical professionals in our stations tenfold.”It’s not clear when McAleenan would have been made aware of the IG findings, which included such details as people so desperate to escape overcrowded cells that they stuffed blankets down the toilet to prompt maintenance to clear the cell. In one photo, a man in a packed cell presses a cardboard sign against the window with the word “help.” The report also quotes facility manager calling the place a “ticking time bomb” because conditions for the detainees were so difficult.DHS headquarters is typically given advance notice of IG reports, and his office’s response is signed July 1 – just three days after his news conference.It’s also not clear when the acting secretary was notified of Monday’s ProPublica report detailing a secret Facebook account involving Border Patrol agents. ProPublica said it provided the names of agents to U.S. Customs and Border Patrol in advance of its publication.It wasn’t until two days after the report was published that McAleenan directly weighed in, calling the Facebook posts “disturbing & inexcusable” and “completely unacceptable.” The acting secretary said he had called for an immediate investigation.“Any employee found to have compromised the public’s trust in our law enforcement mission will be held accountable,” McAleenan tweeted. “They do not represent the men and women of the Border Patrol or @DHSgov.”On Wednesday, President Donald Trump claimed conditions are “far better” and “far safer” than the places migrants have fled from and said that if migrants are unhappy with living conditions “just tell them not to come.”A human rights group this week warned that migrants in Mexico are facing massive shortages of shelter, food and water, and are exposed to serious crimes — including kidnapping, sexual assault and violence.The president also came to the defense of border patrol agents and said they’re doing a “great job.”

What is Title 42? Amid backlash, Biden administration defends use of Trump-era order to expel migrants
Trump return to White House ‘would be a disaster’ for US intelligence: Former DHS whistleblower
GOP-led review of Arizona ballots reaffirms Biden’s win
Haitian migrants cleared from camp at Texas border but controversy continues
Nick Cannon teases possibility of having more children: “My therapist says I should be celibate”
‘Celebrity Wheel of Fortune’ returns on ABC Sunday night