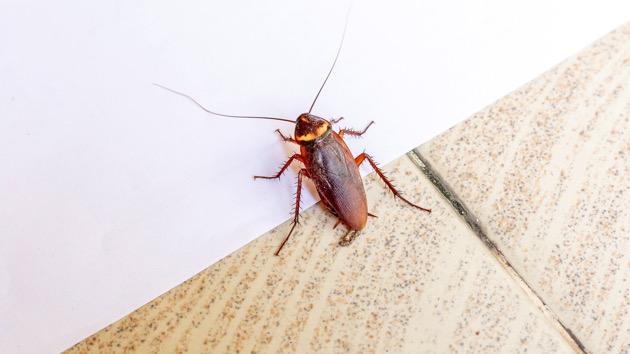 (WEST LAFAYETTE, Ind.) — A common cockroach species is becoming essentially immune to pesticides, researchers said.A new study by researchers at Purdue University in West Lafayette, Ind., found evidence that the German cockroach species is becoming harder to kill as the worldwide pest rapidly develops cross-resistance to multiple types of insecticide at one time. The findings were published in the journal Scientific Reports last month.”This is a previously unrealized challenge in cockroaches,” the study’s lead author, Michael Scharf, said in a statement on June 25. “Cockroaches developing resistance to multiple classes of insecticides at once will make controlling these pests almost impossible with chemicals alone.”The researchers tested three methods of professional-grade insecticides on German cockroaches at multi-unit buildings in Indiana and Illinois over a six-month period in 2016. First, they rotated between three different insecticides each month for three months and then repeated. Second, they used a mixture of two insecticides sprayed monthly. Lastly, they used a single treatment — abamectin gel bait — once a month in an area where cockroaches showed a low resistance to abamectin.The third method was “the only strategy to successfully reduce cockroach numbers,” according to the study, but only in populations that had low-level starting resistance to the abamectin. In another location, where 10% of the population was resistant to the insecticide, cockroach numbers grew.”If you have the ability to test the roaches first and pick an insecticide that has low resistance, that ups the odds,” Scharf said. “But even then, we had trouble controlling populations.”The researchers subsequently conducted laboratory tests on the surviving cockroaches and found that they were able to develop a cross-resistance to multiple insecticides, even if they hadn’t been exposed to all of them and didn’t have previous resistance. The same was true for their offspring, according to the study.”We would see resistance increase four- or six-fold in just one generation,” Scharf said. “We didn’t have a clue that something like that could happen this fast.”Cockroaches can carry a range of diseases that threaten human health. They also breed rapidly in suitable environments, with a female German cockroach having 50 offspring every three months.The researches recommended an “integrated pest management” approach as the most effective way to reduce populations, such as combining chemical treatments with traps, improved sanitation and bug vacuums.”Some of these methods are more expensive than using only insecticides,” Scharf said, “but if those insecticides aren’t going to control or eliminate a population, you’re just throwing money away.”Copyright © 2019, ABC Radio. All rights reserved.