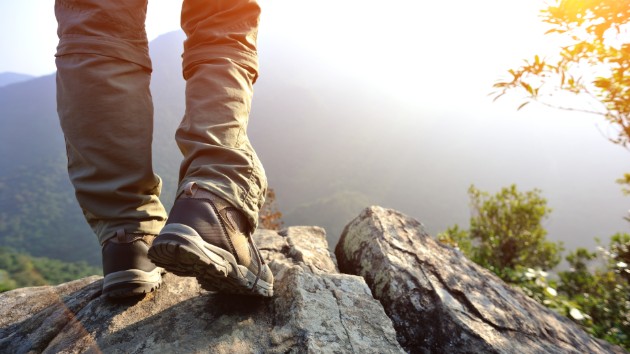 (BOSTON) — A 70-year-old Massachusetts hiker said he’s still struggling to recover after being lost in the woods for five days without food or drinking water.”I knew it was the end. I knew this was it. I was resigned, I really was,” Christopher Staff told ABC affiliate WCVB-TV on Tuesday. “I could hardly move. And when I’d stop, bugs were all over me. They knew they had me. They knew they had something.” “I knew [Friday] was my last day,” he added.Staff, who has more than four decades worth of hiking experience, said he spent years preparing for the 31-mile hike in a rugged mountain area near Lincoln, New Hampshire, last week, but things took a tragic turn when the hike was nearly done.He said he started to feel disoriented near the end of the path, possibly from dehydration, and lost his way. He also lost his backpack and drinking water, which forced him to drink from a river.“I planned this for two years,” Staff said. “I wanted to do the 31-mile loop – I don’t know why but I wanted to get it done. And I came close. But what does it matter when I almost did myself in?”Thankfully, he had spoken with his wife on the phone earlier when he was about 75 percent finished. He told her that he would be home around 9 p.m. on Monday and she notified police when he didn’t return on time.He was rescued four days later on Friday night, when a pair of hikers found him sitting on a log about five miles away from the roadway. He’d lost 25 pounds and was covered with scratches, blisters and bug bites, the station reported.Staff said he’s recovering now, but he’s still haunted by memories of when he was stranded.”I just keep reliving that whole thing,” Staff said. “I’m trying to get rid of it but I’m going to get some help on it that’s for sure — trying to get rid of this, get it out of my mind.”Copyright © 2019, ABC Radio. All rights reserved.