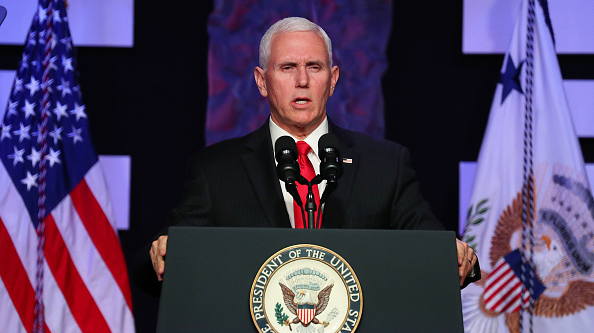 (WASHINGTON) — Vice President Mike Pence cancelled a planned trip New Hampshire at the last-minute on Tuesday and returned to the White House, without explanation, although his press secretary said there was “no cause for alarm.”Pence was scheduled to fly to the Granite State on Tuesday for a roundtable discussion with former patients and alumni at the Granite Recovery Center headquarters in Salem. New Hampshire., but the vice president’s plane, Air Force 2, never left Andrews Air Force Base after Pence was called back to the White House. When reporters stated asking why the sudden change, Pence’s press secretary Alyssa Farah tweeted, “something came up that required the @VP to remain in Washington, DC. It’s no cause for alarm. He looks forward to rescheduling the trip to New Hampshire very soon.”She later added, “The @VP never left Washington, DC. There was no “emergency callback.” Something came up that required the VP to stay in DC. We’ll reschedule NH shortly.” The cause of the Pence’s change of plans was “no medical issues with the president or vice president,” according to a White House official.His chief of staff told ABC News Pence got on the plane at Joint Base Andrews, and was called back before the plane was going to take off but would not specify why. He added that once Pence came back to the West Wing he joined President Donald Trump president for other high-level meetings.Marc Short reiterated that it was “not a national security issue,” but said the president and vice president “discussed the issue briefly.”The White House has not offered further explanation.

What is Title 42? Amid backlash, Biden administration defends use of Trump-era order to expel migrants
Trump return to White House ‘would be a disaster’ for US intelligence: Former DHS whistleblower
Pfizer CEO says it’s possible to distribute both boosters and primary doses
Thank you from 2021 Kids in Business! List of winners and photos/videos
Culture thrives in America’s most Hispanic, Latino state: New Mexico
Generational wealth implications: Black and Latino-owned homes are more likely to be undervalued