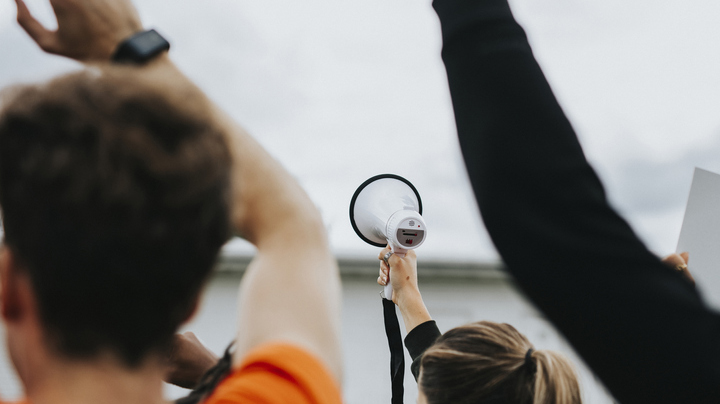 (WASHINGTON) — Protesters nationwide were bringing attention to the issue of immigration and demanding the closure of migrant detention facilities along the U.S.-Mexico border.The #CloseTheCamps protests on Tuesday were organized by MoveOn and other public policy and immigration advocacy organizations, including United We Dream, American Friends Service Committee and Families Belong Together. According to MoveOn, over 175 mobilizations were scheduled to take place in cities including Chicago, New York City, Minneapolis, Denver and Austin, Texas.The three key demands cited by MoveOn are to close the camps, restrict all funding towards detention and deportation and reunite separated families.Emma Einhorn, the campaign director at MoveOn, said the protests came together because “there has been mounting pressure and public advocacy around close the camps as more and more disgusting and inhumane conditions are revealed about what’s happening in our names at CBP facilities at ICE facilities across the country.”The protests were targeting members of Congress, Einhorn said, “because those people have a bunch of power and they are not using it to provide immediate relief to the children right now.””They need to be visiting these facilities, they need to be using all of their leverage in order to put pressure on the Trump administration to provide immediate relief and they need to stop funding family and detention and deportation,” Einhorn told ABC News.The mobilizations come after recent accounts of children being denied toothbrushes and soap, children being separated from their parents and other inhumane and unsafe conditions in migrant facilities.Over the past week, members of Congress including New York Rep. Alexandria Ocasio-Cortez and Massachusetts Rep. Ayanna Pressley visited some facilities in Clint, Texas, where they described people bring forced to drink water out of a toilet bowl.Multiple members of Congress attended demonstrations across the country including New Mexico Rep. Deb Haaland, Washington Rep. Pramila Jayapal, and Illinois Rep. Jesús García.Minnesota Rep. Rashida Tlaib showcased her support for the protests tweeting, “We can’t just focus on the children anymore. I met grandmothers, mothers and fathers who are suffering. This is devastating. The look in one father’s eyes broke me. I can’t look away. #CloseTheCamps.”Pressley also took to Twitter to demonstrate her support for #CloseTheCamps, but said that she was unable to attend the protest in her district due to travel.”Our focus is really trying to bring our demands to members of Congress’ offices and their staff to make sure that they are hearing loud and clear that we’re talking to them and we need them to act,” said Einhorn.The demonstrators hoped the protests would urge members of Congress to visit detention centers and find ways to address the crisis at the southern border.”It’s time for all of us to use all of our powers and all of our tools in our toolbox,” said Einhorn. “This is not business as usual. And this is not a time to sit on the sidelines and watch because children and families are suffering every single day.”Copyright © 2019, ABC Radio. All rights reserved.