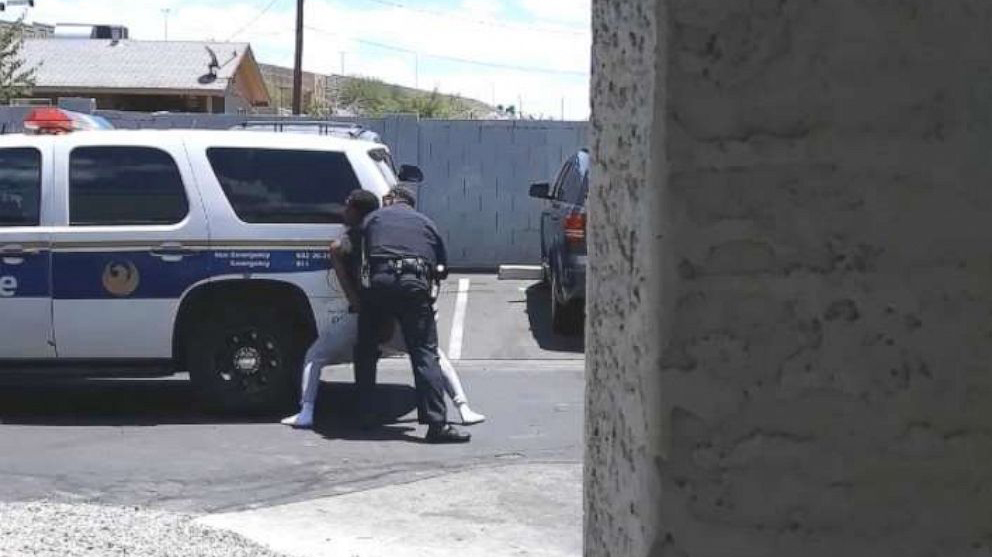 (PHOENIX) — In response to a controversial viral video arrest that drew national attention and scrutiny on the use of force by Phoenix police, city leaders are expected Tuesday night to hear plans to reform the police force, including a proposal on how to weed out bad officers.The Phoenix City Council will get its first look at what Phoenix Mayor Kate Gallego promised will be reforms that will hold police accountable and be transparent to the community. “Community members have been clear on wanting transparency and accountability from the Phoenix Police Department,” councilman Carlos Garcia told ABC affiliate KNXV-TV in Phoenix.But not everyone is on the same page when it comes to reforming the police department.”Individual police officers are about to get screwed by city management!” councilman Sal DiCiccio said in a statement. “The police should not have to bend to political pressure; they are the police.”The push for change in local law enforcement comes after police were caught on cellphone video on May 27 pointing guns at a black family and cursing and manhandling a father, Dravon Ames, 22, and his pregnant fiancee, Lesha Harper, 24, after responding to a shoplifting call.The incident followed 44 police-involved shootings in Phoenix in 2018, the most of any police department in the nation, and an investigation of Phoenix police officers allegedly making racists posts on Facebook. The city council on Tuesday night is expected to consider creating a civilian review board to address police officer misconduct, and Police Chief Jeri Williams plans to propose a system to closely monitor officers’ disciplinary records and use of force incidents to identify those who are unfit to handle the stress of policing.The city council is not expected to vote on any of the proposals but, according to a statement from Gallego’s office, will direct city staffers to proceed with “further policy development and research.”The council is also expected to authorize a citywide survey to determine how community residents feel about the police department and serve as guidelines for a police action plan, officials said.During a June 19 emergency community meeting, Williams told a crowd of more than 2,600 people that “we are here to make change.””And real change doesn’t start with the police department, real change starts with our community,” Williams said.After getting booed, Williams added, “So there are those of you who think when I say community I don’t mean the police department. The police department is a part of this community. The community is part of this police department. So in spite of the angst, in spite of the shouts, in spite of the emotion, I hear what you say. I am listening to what you say.”

Generational wealth implications: Black and Latino-owned homes are more likely to be undervalued
Let’s-a go! Chris Pratt to voice Mario in upcoming ‘Super Mario Bros’ movie
‘The View’ hosts leave mid-show due to testing positive for COVID-19, miss Vice President Harris interview
Gabourey Sidibe shares the special connection she has to her new podcast thriller ‘If I Go Missing the Witches Did It’
Arrest warrant issued for Brian Laundrie in Wyoming as search presses on: Live updates
Man attempts to storm cockpit, strangles and kicks flight attendant on JetBlue flight