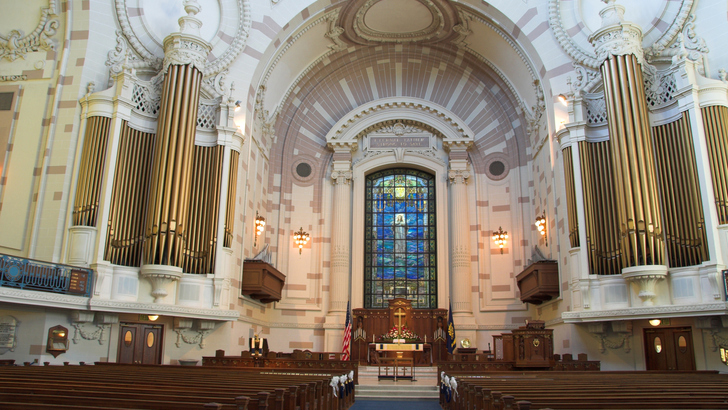 (WASHINGTON) — President Donald Trump is moving ahead with his threat to fine people living inside the U.S. illegally.U.S. Immigration and Customs Enforcement has confirmed that it has been delivering notices to undocumented immigrants that they owe hundreds of thousands of dollars, an amount lawyers representing them say would be impossible for them to pay.ICE has had the authority to issue civil fines for decades, but didn’t begin using it until last December. Officials trace the move to an executive order Trump signed upon entering the White House that called for collecting fines from people who ignore deportation orders, as well as from those who “facilitate their presence.”The agency said the can legally fine immigrants with an order to leave the country up to $799 dollars for each day that they have refused to comply.The notifications were first reported by NPR and The Washington Post.Lizbeth Mateo represents Edith Espinal-Moreno, who has been living in a church in Ohio since she was ordered removed from the U.S. in 2017. Mateo said Espinal-Moreno moved to Ohio as a teenager but was forced to return to Mexico. She tried to return and present herself for asylum but her application was denied. To avoid being deported and separated from her two children, who are U.S. citizens, she took sanctuary in the Columbus Mennonite Church, according to the Columbus Dispatch.According to the letter from ICE, provided to ABC News, Espinal-Moreno is being fined $497,777, because she “willfully” refused to leave the country or comply with ICE orders.”My fear is that they’re gearing up toward going after the churches that are providing sanctuary to these people, they’re trying to intimidate my client and other people like her and they’re trying to intimidate the community,” Mateo told ABC News.Another attorney involved in Espinal-Moreno’s case said the administration is trying to intimidate and punish people who stand up to ICE and potentially take more forceful action to remove people taking sanctuary in churches. David Bennion, an attorney who represents three families taking sanctuary in Philadelphia, called the fines “so egregiously over the top that it’s laughable,” saying his clients taking sanctuary are forcibly unemployed because they’re trying to avoid being detained by ICE or sent back to home countries where they don’t feel safe.”I think they want to push the envelope to see what they can get away with. If they can levy a $500,000 fine against a destitute mother who’s been sitting in a church a year and a half and they can get away with that, then what’s going to stop them from breaking down the door and dragging her out?” Bennion said.He said his clients have not received a notice yet but he expects they will, and he and other attorneys and advocates are discussing how to respond, calling it “another egregious tactic by this administration to punish people that stand up to ICE.”Church World Services, a faith-based organization that works to connect people in the sanctuary movement, said they know of 44 people living in sanctuary around the country.Jeremy McKinney, an immigration attorney in North Carolina tweeted a gif of “Dr. Evil” after his client was fined $300,000. McKinney said his client was living in a church as a means of avoiding deportation.Mateo says her client has 60 days to delay the fine and file an appeal. She is also trying to get Espinal-Moreno’s asylum case re-opened so she can file an appeal.Copyright © 2019, ABC Radio. All rights reserved.