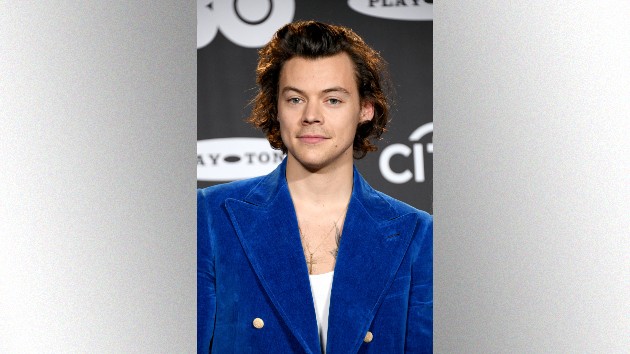 (LOS ANGELES) — Elvis Presley was an American icon, but a British guy may end up playing him in a new biopic.

According to the Hollywood Reporter, Harry Styles is in the running to portray the King of Rock and Roll in a movie by Australian director Baz Luhrmann. He made his big-screen debut in the Oscar-nominated 2017 film Dunkirk.

Harry is one of five young actors who’ve screen-tested for the role: The others are Whiplash star Miles Teller, Aaron Taylor-Johnson of Kick-Ass fame, Ansel Elgort from The Fault in Our Stars, and Austin Butler, who appeared in TV’s The Shannara Chronicles.

Luhrmann’s movie will focus on Elvis’ relationship with his manager, Col. Tom Parker, who will be played by Tom Hanks.

Previously, Adam Lambert told an interviewer in Australia that he’d like to be considered for the role, but he told ABC Radio that so far, no one has reached out to him.

In other One Direction member news, Louis Tomlinson isn’t happy about a scene in HBO’s new show Euphoria, whose third episode featured an animated scene depicting a sexual encounter between himself and Harry, or as fan fic shippers refer to them, “Larry Stylinson.”

Responding to a fan who tweeted that she hoped Louis and Harry had approved the scene, Louis wrote, “I can categorically say that I was not contacted nor did I approve it.”

No word on if he plans to take legal action.