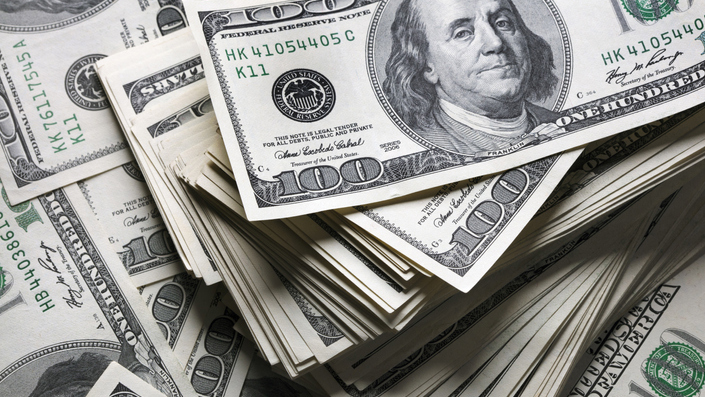 (WASHINGTON) — Democratic presidential candidate Sen. Cory Booker returned a donation from an executive at a pharmaceutical company after ABC News reported on it, according to a campaign aide.During last week’s presidential debate, the former Newark mayor took a strong stance against the pharmaceutical industry, saying that pharmaceutical companies should be “held criminally liable” for the health and opioid crisis across the country and further stated that his campaign doesn’t take contributions from the industry’s corporate PACs and executives.ABC News’ closer examination of disclosure reports filed to the Federal Election Commission, however, revealed that Booker’s campaign did accept several donations from individuals associated with the pharmaceutical companies, including executives and leaders.After ABC News reported on those donations as part of its debate fact checking, the Booker campaign told ABC News that they have decided to return a $2,800 donation from Eagle Pharmaceutical Executive Vice President and Chief Compliance Officer Michael Cordera.”Since 2017, Cory Booker has rejected campaign contributions from pharmaceutical companies — not only their corporate and industry PACs, but also from their c-suite executives and board chairs,” Booker campaign’s press secretary Sabrina Singh told ABC News in a statement. “His presidential campaign rejects these contributions too, and we carefully review our FEC filings and do everything we can to ensure we’re abiding by this pledge. Based on our review of our most recent campaign finance report, we were confident we lived up to the high standard we set.”A Booker campaign aide added that the campaign had accepted the donation from Cordera because he had listed his occupation as an “attorney,” which the campaign didn’t initially consider as an executive, but decided to return the donation after ABC News pointed out that his occupation was “chief compliance officer.”Cordera and Eagle Pharmaceutical did not immediately respond to ABC News’ request for comment.Other than the recently returned donation from Cordera, Booker also received donations from Sanofi Vice President of Industrial Operations Rakesh Kakkar, Pfizer regional head Sonya Kakkar and Lifestar Pharma Vice President of Sales and Marketing David Gann. The senator from New Jersey has also received several maximum donations from pharmacists and pharmacy owners.Booker’s campaign told ABC News that Cordera’s is the only contribution returned because the campaign doesn’t consider the other donors as c-suite executives, or top senior staffers, and board chairs.Similarly with Booker, Democratic Sen. Amy Klobuchar of Minnesota, who’s also vying for the White House and said during the debate on Wednesday that big pharma companies don’t “own” her, has taken in nearly $30,000 from individuals affiliated with the pharmaceutical industry, including more than $22,000 from executives and high-level officers of Minnesota-based pharma company Medtronic, FEC filings show.As a majority of the 2020 Democratic presidential hopefuls turn against corporate PAC money, such contributions highlight loopholes in candidates’ pledges that don’t stop the flow of donations from wealthy individuals in the industry.Sen. Kirsten Gillibrand of New York, who has been vocal about driving big money out of politics and is a strong advocate of publicly-funded election, earlier this month also raised money at a private fundraiser hosted by pharmaceutical giant Pfizer’s Executive Vice President of Corporate Affairs Sally Susman. A series of of Pfizer’s executives and high-level employees have since donated more than $18,000 to Gillibrand’s presidential campaign, campaign finance reports show.Gillibrand defended the fundraiser at a CNN Town Hall, saying that Susman was just personal friend and a supporter of her beliefs. She added that she “doesn’t want to undermine an individual’s right to participate.”Copyright © 2019, ABC Radio. All rights reserved.

After quitting the fashion industry, supermodel Halima Aden is back — this time, on her own terms
Vaxxed ‘Dancing with the Stars’ pro Cheryl Burke quarantines after positive COVID-19 test
“It was a mistake of some sort”: ‘The View’ co-hosts Sunny Hostin & Ana Navarro COVID-19 negative after on-air scare
US enters deferred prosecution agreement with detained Huawei executive Weng Manzhou
Harris interview with ‘The View’ delayed after co-hosts test positive for COVID-19
‘Celebrity Wheel of Fortune’ returns on ABC Sunday night