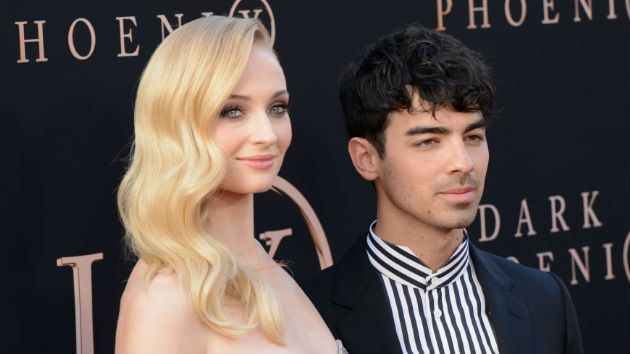 (LOS ANGELES) — It was a big weekend for celebrity weddings.

Game of Thrones’ Sophie Turner and Joe Jonas tied the knot at a chateau in France Saturday. It was their second ceremony, following their more casual U.S. wedding in Las Vegas on May 1.

According to People, Turner’s GoT co-star Maisie Williams was her maid of honor and, of course, Joe’s brothers Nick and Kevin were groomsmen. DJ/producer Diplo –– who spilled the beans about their Vegas wedding by posting about it on Instagram — was also invited to this wedding but joked he was banned from taking photos.

“This is the only photo I got from Joe and Sophie Turner Jonas wedding because they took my phone from me and put in a holding cell during the ceremony. Heard it was lovely tho,” he captioned an Instagram photo of himself.