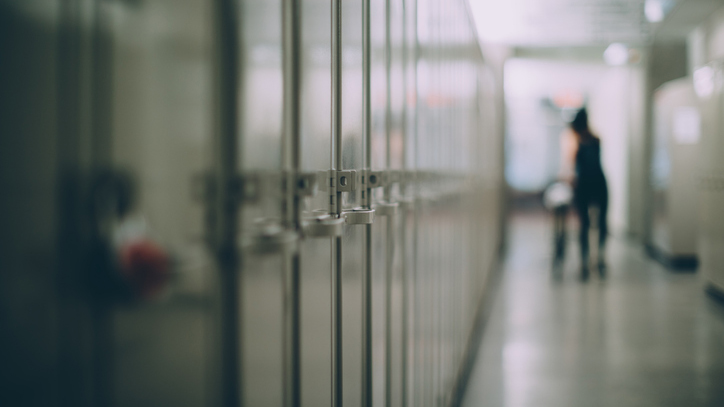 (SANTA FE, Texas) — A man who said he survived a deadly school shooting in Texas is not who he claims to be, school district officials announced Monday.The man, who previously identified himself to reporters as David Briscoe, told several news outlets that he was a substitute teacher at Santa Fe High School in Texas last year when a gunman opened fire, killing 10 people and injuring more than a dozen others.He claimed he barricaded his classroom’s doors and waited in the dark with about a dozen students until officers came to rescue them. But officials with the Santa Fe Independent School District said Monday they had no record of him ever working there.“We are extremely disappointed that an individual that has never been a part of our school community would represent themselves as a survivor of the mass violence tragedy that our community endured on May 18, 2018,” Lindsey Campbell, a spokeswoman for Santa Fe Independent School District, told ABC News on Monday.She called the situation a tragic example of “how easily misinformation can be created and circulated.”“We appreciate the efforts of those working to correct this misinformation,” the statement said. “As a district our focus has always been and continues to be on supporting the needs of our students, staff, and community through the healing and recovery process.”The alleged hoax came to light on Monday morning when the Texas Tribune said it decided not to publish a story featuring the man’s account after interviewing him for about 30 minutes.“CNN described his heroism as he ordered his students to ‘get down’ and kept them protected until police came; The Wall Street Journal relayed the blood-curdling screams he heard from students in the hallway,” the Texas Tribune reported Monday. “But after investigating some of his claims, the Tribune did not publish his account of the shooting — because it appears his entire story was an elaborate hoax.”CNN, Time and The Wall Street Journal have all since issued updates to their stories, removing Briscoe’s quotes from their coverage.The May 2018 shooting left eight students and two substitute teachers dead. The alleged shooter, 17-year-old Dimitrios Pagourtzis, was arrested and charged with capital murder.Pagourtzis allegedly admitted to carrying out the shooting and told police that he refrained from killing students that he liked “so he could have his story told,” according to an arrest affidavit.Copyright © 2019, ABC Radio. All rights reserved.

Britney Spears makes triumphant return to Instagram, but some fans think someone else is running the account
Those suffering from sickle cell disease may finally be getting some relief as experts work on cure
Second dose of J&J COVID-19 vaccine results in stronger protection, company says
Biden to focus on ‘intensive diplomacy’ at UN amid tensions with allies
Republicans dig in on debt-limit standoff despite Democratic effort to mount pressure
FBI ends day-long search of Brian Laundrie’s family home: Live updates