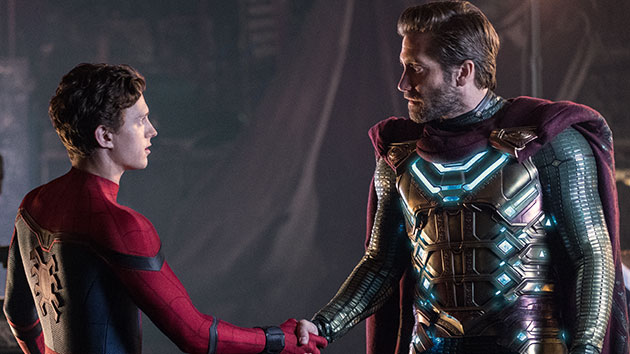 (NEW YORK) — Jake Gyllenhaal is gearing up for a busy summer. Not only will he make his Marvel universe debut as Mysterio in Spider-Man: Far from Home this week, he’ll also take the Broadway stage later this month for the intimate two-act play Sea Wall/A Life.

While those two projects couldn’t seem more different, Gyllenhaal says he found a lot of similarities between doing a Marvel film and being on the Broadway stage.

“As big as the movies are and as kind of extraordinary as the process is, it’s somewhat similar to the Broadway experience in that when you’re part of a company you jump on and you go and you do your part,” he explains to ABC Radio.

He adds, “Man, is it exciting to be a part of it. Like the Marvel fans are incredible, Broadway fans are equally as intense and incredible, and there is a pretty interesting similarity between the two.”

Gyllenhaal, who made his Broadway debut back in 2014, points out that his Spider-Man co-star also has strong ties to the stage.

“Tom Holland is a dancer first. He started his career playing Billy Elliot on stage in the West End,” he says. “And so a lot of this sort of attack and technique that [Marvel movies] are made with are similar to the stage. And John Watts who directed the new Spider-Man and the last Spider-Man has a very actor-centric process.”