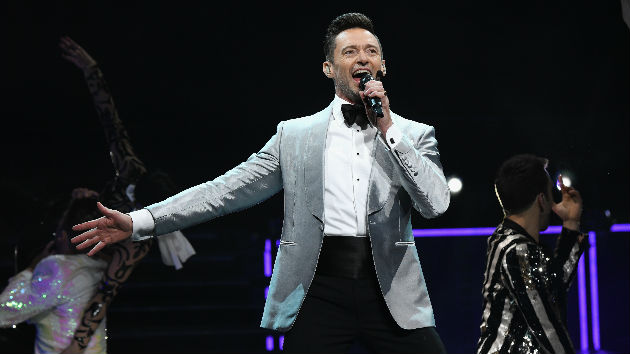 (ST. PAUL) — Love was in the air at a recent performance of Hugh Jackman’s The Man. The Music. The Show.

The actor helped a couple get engaged at his June 22 tour stop at the Xcel Energy Center in St. Paul, Minnesota.

“I don’t normally do this and you’ll understand why afterward, but I got a letter from a guy named Joe,” Jackman told the crowd as seen in a YouTube video that’s just now making the rounds. “Joe told me he was going to be here in the audience.”

Jackman then stepped off the stage and approached Joe Kripal, who was at the show with his girlfriend, Sanaa Ahmed.

“Hi Joe, how are you doing? It’s good to meet you. Say hi to everyone,” Jackman said, before handing the mic over to Joe.

Joe then turned to his girlfriend and said, “Sanaa, I want to spend every day with you. That’s why I asked a superhero to help me out with this.”

As the crowd cheered, he got down one knee and asked Sanaa to marry him. She said yes through happy tears.

Jackman then gave the couple a hug before continuing with the rest of his show.

And at his show at New York City’s Madison Square Garden this past Saturday night, Jackman showed some love for his own wife of 23 years, Deborra-Lee Furness, who was in the audience. In a clip posted to Page Six, he’s seen serenading her with their wedding song, Frank Sinatra’s “All the Way”