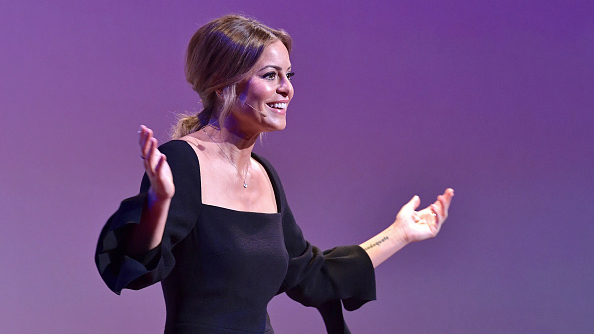 (NEW YORK) — In 2014, Sophia Amoruso seemed to be living a charmed life. She was a self-made millionaire thanks to the success of her company, Nasty Gal, an e-commerce store that sold vintage fashion clothes to its legions of followers.It was a company she launched at only 22 years old, and it all started with an eBay store.She went on to write a now best-selling memoir titled “#Girlboss,” where she shared her life story and the lessons she learned from being a community college dropout who turned into what she says was an “accidental entrepreneur.” By 2016, Amoruso earned a spot on Forbes’ “Richest Self-Made Women” with a reported net worth of $280 million .However by late 2016, Nasty Gal had filed for Chapter 11 and Amoruso’s life was flipped upside down.So what happens when you look success straight in the eye — and then it all collapses right in front of you?“The only way through is through,” Amoruso told Robin Roberts on “GMA.” “When you fall down, you just have to get back up … there’s nowhere else to go. That’s where you really start learning. Success makes us lazy.”“Success leaves clues, too,” Roberts agreed. “You can learn from other people’s success and failures, and that’s what you’re doing.”Amoruso not only learned from her mistakes with Nasty Gal, but she then started paying it forward to the next generation of leaders. Using the momentum from the #Girlboss community created from her book’s success, she launched her next company, aptly titled Girlboss.Amoruso now hosts female-led conferences that go by the name Girlboss Rally, in both New York City and Los Angeles. The most recent L.A. event hosted more than 1,800 attendees from 28 countries, with more than 100 speakers. Attendees are able to network with other like-minded women and learn from some of the top female executives and entrepreneurs, to take their career to the next level.Amoruso exclusively announced to “GMA” her next step with Girlboss: launching its own social networking platform aimed at women in business.“As a young founder, I had a lot of people around me, I had a lot of employees, but I didn’t have the resources or the community to really find my peers,” Amoruso explained. “So Girlboss, today, is creating a platform for women to do just that, where even if they’re not entrepreneurs, they are entrepreneurial. They can share not just what they do, but who they are in a world where we are not LinkedIn on Monday and Friday and Instagram Saturday and Sunday — we are so much more than that.”She also shared her advice for failing forward.“If you’re having a hard time, congratulations!” Amoruso said. “It means you’ve taken a risk and it’s incredibly normal.”“We’re all failing in small ways every day, we’re making mistakes and we don’t necessarily talk about it because we’re all performing on social media,” Amoruso said. “That’s not what real life looks like. So we want to give a platform for women to not just share their accomplishments but also their tough moments.”Also on “Good Morning America,” Amoruso surprised the women of Fempower Beauty with a $5,000 grant from Girlboss to help them on their path to success.