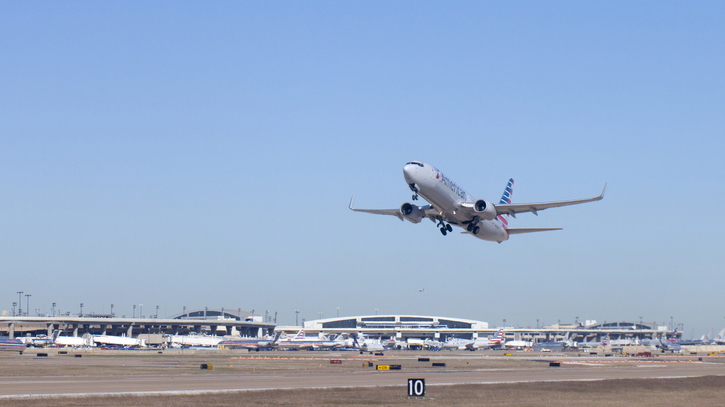 (DALLAS) — A family of four from Texas was among 10 people killed when a small twin-engine plane they were on crashed into a hangar and burst into flames after takeoff from a Dallas area airport, according to officials from the school one of the victims attended. In a letter sent to parents on Monday, officials at John Paul II High School in Plano, Texas, confirmed that one of their students, her brother, and their mother and stepfather were killed in Sunday’s crash. The school identified student Alice Maritato as among those killed in the crash in the Dallas suburb of Addison. Her brother, Dylan Maritato, attended All Saints Catholic School, which feeds into John Paul II High. The students’ mother, Ornella Ellard, and their stepfather, Brian Ellard, also perished in the crash, school officials wrote in their letter. School officials, who are planning a memorial Mass for the victims on Wednesday, said Alice Maritato was scheduled to graduate in 2022. The children are survived by their father, Michele Maritato, according to school officials. Ornella Ellard was an interior designer while her husband, Brian Ellard, owned an art gallery and an upscale Italian restaurant in Dallas, according to ABC station WFAA in Dallas. The aircraft they were on crashed into an empty hangar around 9 a.m. on Sunday morning after taking off from Addison Airport, north of Dallas, according to the Federal Aviation Administration (FAA). The Beechcraft BE-350 King Air aircraft was destroyed by fire and there were no survivors.All 10 people aboard the airplane, including two crew members, were killed, according to authorities. Positive identifications were made for Brian Ellard, 52, Stephen Thelen, 58, Matthew Palmer, 27, Alice Maritato, 15 and Dylan Maritato, 13, according to the Dallas County medical examiner. The names of the others who died have not been released by the coroner. The National Transportation Safety Board (NTSB) is investigating the cause of the crash.Witnesses said the plane lifted into the air before it veered to the left and rolled over, the left wing hitting the hanger and bursting into flames. The flight was headed to St. Petersburg, Florida.The episode marked the deadliest plane crash in the state since 1991, when a commuter plane crashed into a cornfield near Eagle Lake, killing all 14 people on board, according to the NTSB’s aviation accident database.Copyright © 2019, ABC Radio. All rights reserved.