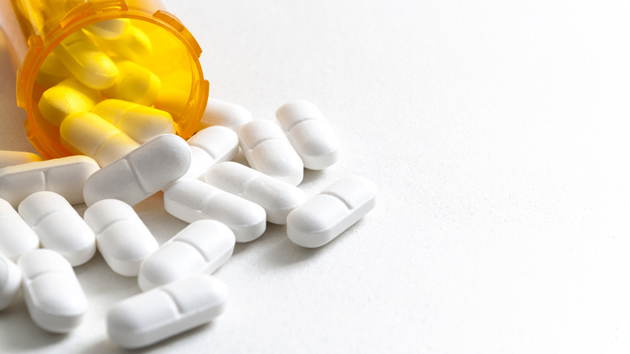 (WASHINGTON) — Department of Justice officials on Monday expressed alarm over an approaching deadline that they argued could significantly roll back recent progress in combating the scourge of fentanyl copycats fueling the country’s opioid crisis.In a briefing with several reporters, the officials called on Congress to quickly pass legislation that would keep fentanyl knockoffs — primarily produced by overseas distributors — in a drug category on par with heroin, making it easier for the government to prosecute traffickersCurrently, the so-called “fentanyl analogues” are under an emergency ban that is set to expire in February without action by Congress.”These potential adverse consequences of a lapse in scheduling of fentanyl-like substances goes beyond a simple return to the status quo,” Amanda Liskamm, the director of Opioid Enforcement and Prevention Efforts in the Office of the Deputy Attorney General, told reporters. “We expect prosecutions charging substances under the temporary order to be affected, resulting in confusion and even potential trial losses. We are running out of time and if a solution isn’t found, prosecutors will undoubtedly be hindered and drug traffickers will undoubtedly be helped.”According to John Martin, the assistant administrator for the Drug Enforcement Agency, 29,000 of the 72,000 reported U.S. overdose deaths in 2017 were attributed to fentanyl and fentanyl-related substances.In 2017, then-Attorney General Jeff Sessions announced plans to take aim at one of the leading sources of fentanyl abuse, the synthetic fentanyl that drug traffickers could import from overseas manufacturers either through the mail or in some cases transported across the U.S. southern border.By making piecemeal chemical alterations to the overall structure of fentanyl, distributors were able to avoid some of the regulations that restricted other drugs listed under the Controlled Substances Act.The emergency change assisted prosecutors in cases, such as an August 2018, 43-count indictment against two Chinese citizens who were charged with shipping fentanyl analogues to 37 U.S. states over a decade, linked to at least two deaths of Americans in Ohio.”When a synthetic narcotic was banned, this criminal organization would use its chemical expertise to create an analogue of the drug with a slightly different chemical structure with the same or even more potent effect,” Liskamm said, later adding that if the suspects were to be extradited to the U.S. to face charges, their prosecution could potentially be affected if the emergency scheduling lapses.Lawmakers have, for the most part, been receptive to the idea of making the fentanyl-analogue scheduling permanent, under a bill sponsored by Republican Sen. Ron Johnson dubbed the “Stopping Overdoses of Fentanyl Analogues Act,” or SOFA Act.But some Democrats have recently raised concerns with the idea of a blanket re-scheduling for fentanyl-related substances and whether it could result in barriers for researchers examining the potential medically-related uses of fentanyl.But Martin said that based on his interactions with the DEA’s own interagency researchers, he thinks those concerns are overblown.”I don’t think it’s going to impact [researchers] greatly at all,” Martin said. “They have some concerns but from where I’m sitting I think we’re trying to eliminate the perception out there in the research community that it’s going to be a hindrance for them to conduct research.”Copyright © 2019, ABC Radio. All rights reserved.