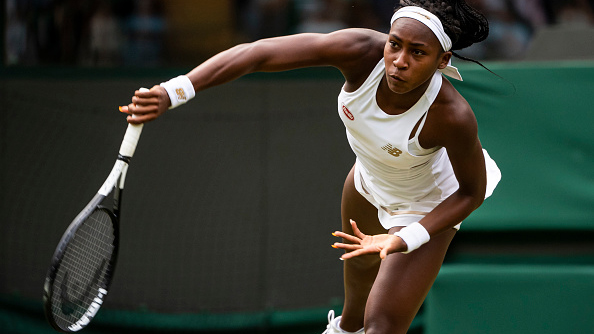 (NEW YORK) — A teen from Florida who became the youngest player to ever qualify for Wimbledon just beat her idol, Venus Williams, in the first round of the ladies’ singles.Cori “Coco” Gauff, 15, said in a pre-match interview that Williams, 39, was one of her “idols” and she has “been dreaming to share the court with Venus.””Not many people get to play at Wimbledon at 15, so I’m just happy I’m one of them,” she added. Before Gauff was born, Williams had already won two of her Wimbledon titles.On Monday, however, Gauff, who is currently ranked No. 313 in the world, ended up defeating Williams, ranked No. 44, winning both sets 6-4, 6-4. After her big win, Gauff grew visibly emotional as her parents jumped up and down in the stands.According to the BBC, she said afterwards, “It’s the first time I have ever cried after winning a match.””My parents will be super happy; my dad was jumping up every time I won a point. I’m so happy they spent all their time on me and my brothers and making sure we’re successful,” she added. The teen said she is “literally living my dream right now” and added that she “never thought I would get this far.”She might be a rising tennis superstar a la the Williams sisters, but the high schooler still had to take some exams remotely while in London at the tournament, according to a statement.One has to wonder if an exam seems all that difficult after being Venus Williams.