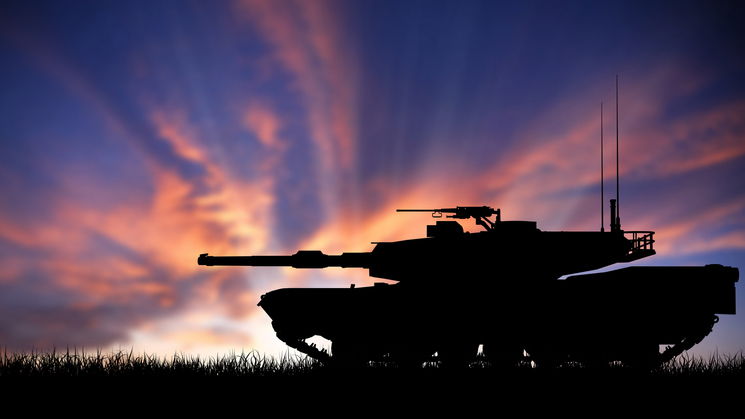 (WASHINGTON) — Two Abrams tanks and two Bradley Fighting Vehicles will be on display at the Mall on Thursday as part of the U.S. military’s contribution of vehicles and aircraft to this year’s Independence Day celebration.”We’re gonna have a great Fourth of July in Washington D.C.,” Trump told reporters at the White House on Monday. “I’m going to be here and I’m going to say a few words and we’re going to have planes going overhead, the best fighter jets in the world and other planes too.””And we’re gonna have some tanks stationed outside,” said Trump. “You’ve got to be pretty careful with the tanks because the roads have a tendency not to like to carry heavy tanks, so we have to put them in certain areas. But we have the brand new Sherman tanks and we have the brand new Abram tanks.”While Trump described both the Abrams and Sherman tanks as “brand new” the M1 Abrams tank has been in use since the early 1980’s and the M4 Sherman tank was developed during World War II and went out of service in the 1950’s.M1 Abrams tanks form the backbone of the U.S. Army and Marine Corps’ armored tanks and are built at a facility in Lima, Ohio.According to a defense official, there will be two M1 Abrams tanks and two Bradley Fighting Vehicles on “static display” at the National Mall. Ever since seeing the 2017 Bastille Day celebrations in Paris, Trump has been taken with the idea of seeing armored vehicles parading through the streets of Washington as part of a similar military review.Plans to use military armor as part of a called-off 2018 Veterans Day parade were stymied after local D.C. officials said the treads on armored vehicles could eat into the city’s paved roads. That parade was canceled by Trump after cost estimates had ballooned to $92 million.The Department of the Interior announced last week that military bands and the Navy’s Blue Angels flight demonstration team will also participate in this year’s celebration.While the announcement referred to flyovers, the details of what aircraft have been closely held by White House officials.According to multiple defense officials each of the military services will be contributing aircraft as part of the flyovers in the nation’s capital.The list includes two Marine MV-22 Ospreys, the new VH-92 Marine One aircraft — which is not yet on active duty — one of the Boeing 747’s that serves as Air Force One, a B-2 stealth bomber, F-22 fighters, two Navy F/A-18E’s and two Navy F-35C Joint Strike Fighters.Like the military aircraft used at national or sporting events, the aircraft participating in the flyovers above the National Mall will officially be on training flights.The military services include the costs of training flights into their annual budgets, so no extra costs will be incurred, even for those aircraft flying to the Washington area from installations across America.For example, the entire B-2 Stealth bomber fleet is stationed at Whiteman Air Force Base in Missouri. The aircraft’s round trip flight to Washington and back will be covered by training budgets, including the plane’s $122,000 per hour flight cost. That per hour flight cost includes the cost of fuel, the flight and overhaul costs for the aircraft and its engine.Copyright © 2019, ABC Radio. All rights reserved.