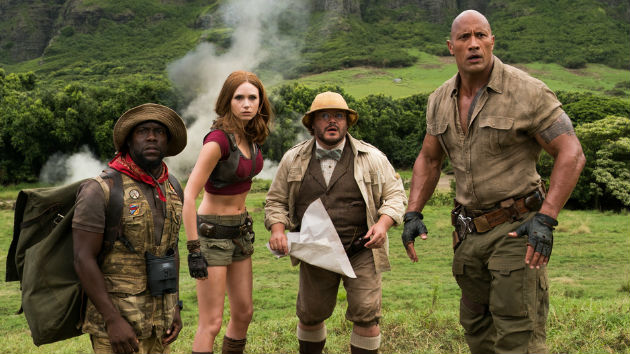 (LOS ANGELES) — Dwayne “The Rock” Johnson, Kevin Hart, Karen Gillan and Jack Black are back in the game for the next installment in the Jumanji franchise, Jumanji: The Next Level.

As we see in the movie’s new trailer, the grandfathers of two original players accidentally get sucked into the video game this time around. Danny DeVito transports into The Rock’s body, while Danny Glover becomes Kevin Hart’s character, thus making the jungle adventure a whole lot more complicated.

Jumanji: The Next Level is the follow-up to 2017’s Jumanji: Welcome to the Jungle, a retelling of the 1995 Robin Williams hit Jumanji.