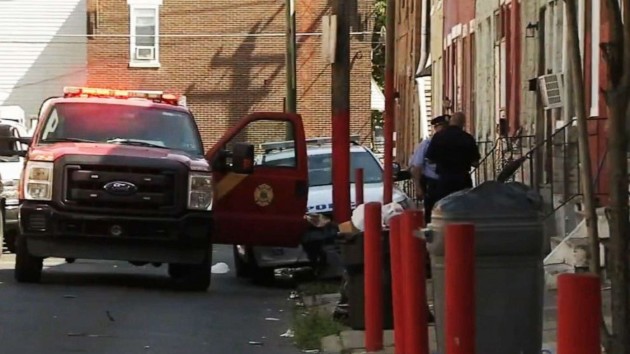 (PHILADELPHIA) — A 9-year-old girl is in critical condition in Philadelphia after a firework exploded in her hands, according to police. The girl found the firework — a possible M80 — in her home around 10:30 a.m. Sunday, according to the Philadelphia Police Department. She lit it up and the firework exploded in her hands, police said.”It was like a loud boom — it was so loud, I heard it in the back room,” neighbor Judith Sierra told ABC Philadelphia station WPVI. “There was smoke coming out of the house.””I see the little girl, blood all over her body,” added neighbor Margarita Artiaga.Adults weren’t home at the time of the incident, according to police. The bomb squad was sent to the home, police said, and the special victims unit had been notified.