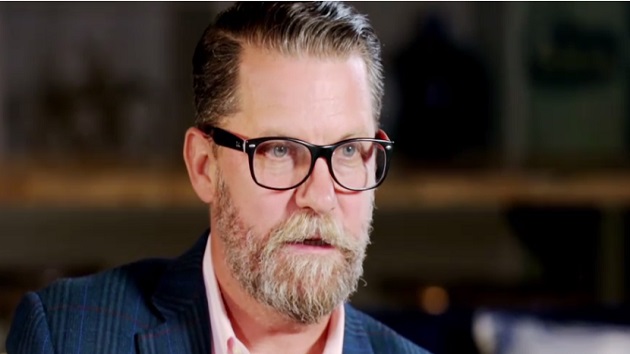 (PORTLAND, Ore.) — Competing marchers clashed on Saturday, with right-wing protesters and anti-fascist groups fighting on the streets of Portland, Oregon.The Portland Police Department said three people were arrested after the day of violence.Portland police, along with the Multnomah County Sheriff’s Office, Federal Protective Services and fire and rescue, had been prepared for the likelihood of clashes in downtown Portland’s Pioneer Courthouse Square.Among the groups marching were the Proud Boys, a right-wing group founded in 2016 by Gavin McInnes, and self-proclaimed “Western chauvinists.” They are designated as an extremist group by the Southern Poverty Law Center.Andy Ngo, a conservative journalist for the outlet Quillette, said he was among those assaulted at the march. Ngo bills himself on his Twitter account as “hated by antifa.”Police said “milkshakes” were thrown at people, which contained “a substance mixed in that was similar to a quick drying cement.”Jessyca Jones, 29, an EMT worker from Salem, Oregon, told ABC News she was in Portland to protest right-wing marchers.”I’m here to protest the alt right — the ones that say they aren’t fascists or Nazis, but have proved themselves otherwise. And I like throwing milkshakes at bigots,” Jones said.The three people who were arrested are: Gage Halupowski, 23, charged with assault and assault on a public safety officer; James K. Stocks, 21, charged with harassment; and Maria Dehart, 23, charged with disorderly conduct and harassment.”Demonstration events are very fluid in nature and the management of these events is complex,” Portland Police Assistant Chief Chris Davis said in a statement. “There are hundreds of peaceful free speech events in the City in a given year that do not result in violence. Unfortunately, today some community members and officers were injured. We are actively investigating these incidents to hold those responsible accountable.”Just after 9 p.m. local time, Portland police advised the gathering was “now a civil disturbance and unlawful assembly” and said anyone not obeying the dispersal order would be subject to arrest.Eight people were treated by medics for minor injuries, including three police officers. Three civilians were taken to the hospital after being “assaulted with weapons,” police said.Two police officers were pepper sprayed, officials said in a release.Police said they would be conducting more arrests if necessary after reviewing video from the event.Portland has become a regular flashpoint for protests in recent years. Clashes between anti-fascist and right-wing protesters boiled over in August 2018 as well. Four people were arrested at that event, a so-called conservative Patriot Prayer rally, and weapons and shields, including one with the Confederate flag, were confiscated.