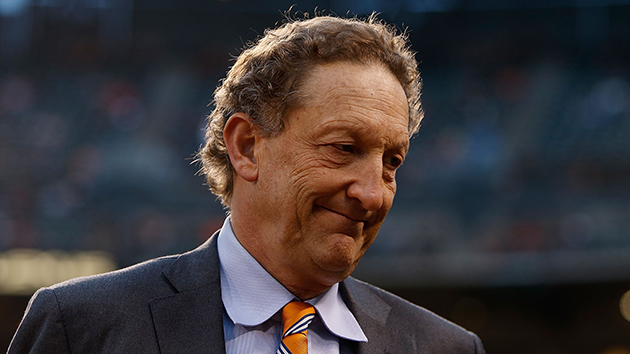 (SAN FRANCISCO) — San Francisco Giants president and CEO Larry Baer will return to the organization on July 2 after a more than three month suspension prompted by a physical altercation with his wife.The Giants Board of Directors released a statement on Saturday saying that Baer had participated in regular counseling and “recommitted himself to the organization.” The statement also says that Baer will “initially focus on reconnecting with the employees and receiving updates on all aspects of the organization.”In March, Major League Baseball suspended Baer after video surfaced that showed him confronting his wife, Pam Baer, in Hayes Valley, California. He appeared to be trying to grab something from Pam Baer’s hand, causing her to fall out of her chair and onto the ground. While no charges were filed in the incident, MLB Commissioner Rob Manfred said Baer’s position means he should be held to a higher standard of conduct.On Saturday, Baer released a statement of his own, saying that he is “truly sorry for letting [Giants employees, fans, and the community-at-large] down.” Baer also said his absence “has allowed me opportunities for introspection and, with the help of some wonderful people, growth.””I’ve been able to step back and take stock of myself as a person and as a leader. I am wiser for it, and the work continues.”

Baer’s statement, however, does not directly address the altercation.