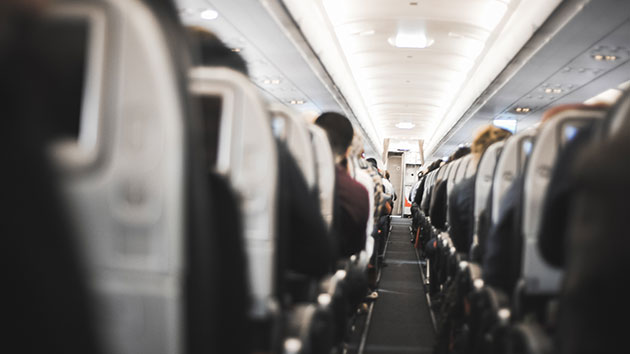 (NEWARK, N.J.) — Newark Liberty Airport reopened Saturday morning after it grounded all flights into and out of the airport due to an “airport emergency.””#EWR Airport reopened. Expect delays. Please check with your carriers,” the airport tweeted at 9:37 a.m. Saturday.At about 8:20 a.m., United Flight 2098, which is an Airbus 319, landed on Runway 22L at Newark, a law enforcement source told ABC News. The aircraft departed LaGuardia Airport for Houston, but was diverted to Newark with a hydraulic issue.Upon landing, the left main gear tires blew, the front landing gear was damaged and the aircraft was evacuated, the source said. There were 133 people on board, including crew, who were taken to Terminal C.There were no injuries, the official said.A plane made an emergency landing Saturday morning, but the aircraft became disabled upon landing, an official briefed on the situation told ABC News. He added that it was a similar incident in which there was a short ground stop at Newark two weeks ago, when a United Airlines flight skidded off the runway, causing a temporary ground stop.Despite flights resuming, there’s still debris from structural damage on the runway, forcing a brief suspension of all flights in and out to get passengers off and safely to Terminal C and to clean up the area, an official with the Port Authority of New York and New Jersey told ABC News.Flight activity has resumed, but one of the runways is still temporarily out of service. No injury to any passengers, but they have to tow the plane out, which will take some time, according to the Port Authority.Copyright © 2019, ABC Radio. All rights reserved.