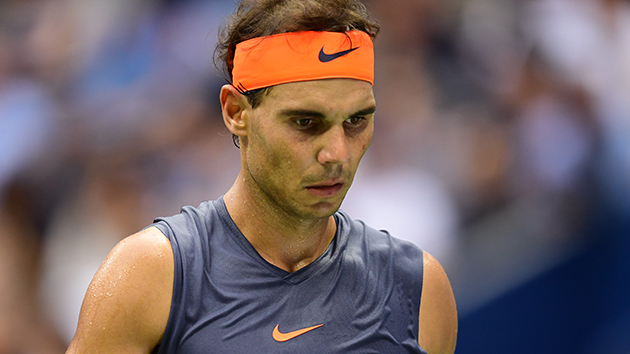 (LONDON) — Rafael Nadal offered a pointed criticism of All-England Club’s unique seeding rules on Saturday, two days before the start of Wimbledon.”I respect the Wimbledon rules,” Nadal told reporters, “…If I believe that is fair or not, that’s another story. I really personally believe [it] is not.”Wimbledon uses a special formula to develop the seedings for the tournament, which sometimes depart from standard ATP rankings. The formula gives extra weight to a player’s ATP record on grass courts, elevating or penalizing players who play less often or have less success on grass.This year, the Wimbledon rankings bumped Nadal down to the tournament’s third seed, with Roger Federer hopping above him. That would require Nadal to beat both players seeded above him to win the title. It also sets up the possibility of a matchup with Nik Kyrgios in the second round. Kyrgios has defeated Nadal at this tournament before.”The system is the way it is,” Federer said at his own press conference. “At the end of the day, if you want to win the tournament, you got to go through all the players that are in front of you.”Copyright © 2019, ABC Radio. All rights reserved.