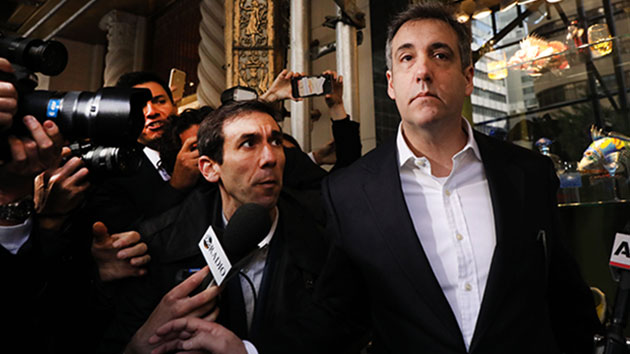 (NEW YORK) — The House Ethics Committee has launched an investigation into Rep. Matt Gaetz for his tweet targeting Michael Cohen ahead of his public testimony before Congress in February, the panel announced Friday, after Gaetz declined to sit for an interview with the committee.Before President Donald Trump’s former personal lawyer appeared before the House Oversight Committee, Gaetz, a fierce defender of the president, tweeted: “Hey @MichaelCohen212 – Do your wife & father-in-law know about your girlfriends? Maybe tonight would be a good time for that chat. I wonder if she’ll remain faithful when you’re in prison. She’s about to learn a lot…”The congressman, who apologized for the tweet in public and in a text message to Cohen, dismissed the news of the investigation Friday afternoon.”If members of Congress want to spend their time psychoanalyzing my tweets, it certainly their prerogative,” he told ABC News in a text message. “I won’t be joining them in the endeavor. Too busy.”Rep. Kathleen Rice, D-N.Y., asked the House panel to investigate the matter in February, arguing that the message constituted witness tampering.Asked at the time if the tweet was a threat, Gaetz said, “Absolutely not. We’re witness testing not witness tampering. And when witnesses come before Congress their truthfulness and voracity ought to be tested and we have the opportunity.”The subcommittee, led by Rep. Anthony Brown, D-Md., will have the ability to issue subpoenas in its investigation, and will eventually recommend a course of action to the full panel for consideration.The committee could drop the matter if no wrongdoing is found in the investigation. It could also recommend the House take up additional action, such as a vote to reprimand, censure or fine Gaetz, Bryson Morgan, a former investigative counsel for the House of Representatives Office of Congressional Ethics, previously told ABC News.In a press release Friday, the panel noted that the establishment of a subcommittee does not indicate any wrongdoing.Copyright © 2019, ABC Radio. All rights reserved.