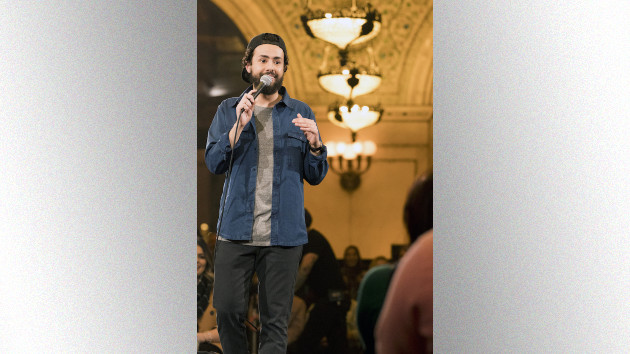 (NEW YORK) — Ramy Youssef is having a big year. The Hulu show he created and stars in, Ramy, debuted in April and less than a month later was picked up for season two, thanks to its refreshing portrayal of modern-day Muslim-Americans.

Now, Youssef is ready to spark even more conversations with his first HBO stand-up special, Feelings, which debuts this weekend.

“I think if people watch the show, they’ll be really excited to see this special, because a lot of the stuff from the standup that I’ve been doing for the last 10 years has translated over into the show,” Youssef tells ABC Radio.

He adds, “But there’s a lot more context and it’s obviously just me on a stage and so we dive into a lot of those things a little more in-depth, and I’m excited about the conversation that can come from that, too.”

Feelings was filmed in front of a live audience at the Chicago Cultural Center. It airs Saturday, June 29 at 10 p.m. ET on HBO.