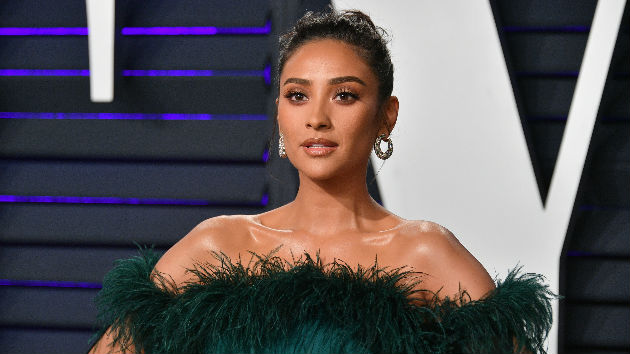 (LOS ANGELES) — Shay Mitchell has a pretty little baby on the way.

The former Pretty Little Liars and You star revealed Friday that she’s expecting her first child with boyfriend Matte Babel.

She shared the news in a two-minute video on her YouTube channel titled “Guess Who’s Preggers.” In the video, she shows how she kept the secret for so long, does a maternity photoshoot and even takes viewers into the exam room for her ultrasound.

“There is something in the oven and it’s not my pizza!!! WOW … It’s kind of surreal processing the fact that another human is growing inside of you,” she wrote underneath the clip. “It’s exciting, nerve-racking, difficult and emotional all at the same time.”

She adds, “Everyone waits for the right time to make the announcement and for me it wasn’t until I couldn’t hide it anymore and was tired of wearing over sized sweatshirts.”

“We’re beyond excited and looking forward to starting a family,” Mitchell concluded. “I’ve learned so much about myself and parenthood over the past 6 months, and feel like I haven’t even scratched the surface! It’s going to be a wild ride!!”

Mitchell will be taking fans along with her on her pregnancy journey in a new video series called “Almost Ready,” debuting on her YouTube channel July 17.

Back in January, while reflecting on the past year in an Instagram Story, Mitchell revealed she had suffered a miscarriage in 2018.

Emmys 2021: RuPaul is most awarded person of color with historic 11th Emmy win
A family promise led her to Mount Cristo Rey, the site of a pilgrimage for those seeking a miracle
McAuliffe, Youngkin spar over vision for commonwealth in first Va. gubernatorial debate
Drake Bell posts to Instagram following guilty plea on child endangerment charges
Angela Bassett is amazed by her Madame Tussauds wax figure: “Oh Lord! I’m a twin!”
Tyra Banks defends Olivia Jade ahead of her ‘Dancing with the Stars’ debut: “Olivia is so brave”