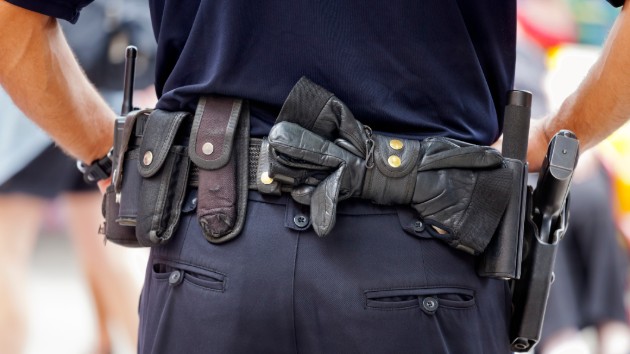 (BOSTON) — A member of a homeless task force in Massachusetts was arraigned on rape charges Thursday after an investigation concluded he sexually assaulted a 16-year-old homeless girl multiple times over the course of several months.Lowell police officer Kevin Garneau, 49, of Pelham, New Hampshire, was indicted by a grand jury Wednesday on two counts of rape, according to the Middlesex County District Attorney’s Office.In 2016, the officer allegedly entered the teen’s tent, set up as a home for Lowell’s homeless population, and falsely told the girl she had multiple warrants out for her arrest, according to the district attorney. He then raped the girl in exchange for not arresting her.He raped her “several more times in the months after the initial assault,” District Attorney Marian Ryan said in a press release.Garneau was working for the city’s homeless community outreach program at the time of the incidents.Robert Normandin, Garneau’s lawyer, denied all charges against his client to Boston ABC affiliate WCVB-TV.Lowell Police Department said it was first made aware of the allegations in January and immediately placed Garneau on desk duty as the investigation unfolded.”I was astonished and very disappointed when I heard these allegations,” Lowell Superintendent of Police Raymond Richardson told WCVB. “Again, he will have his day in court, but as far as a police chief, when you hear that about one of your officers, it was very disturbing.”Garneau was fitted with a GPS monitor and released on his own recognizance. He will be back in court on July 23. He was ordered to stay away from the teenage victim.”This is not what the men and women of the Lowell PD represent,” Richardson said in a statement. Copyright © 2019, ABC Radio. All rights reserved.