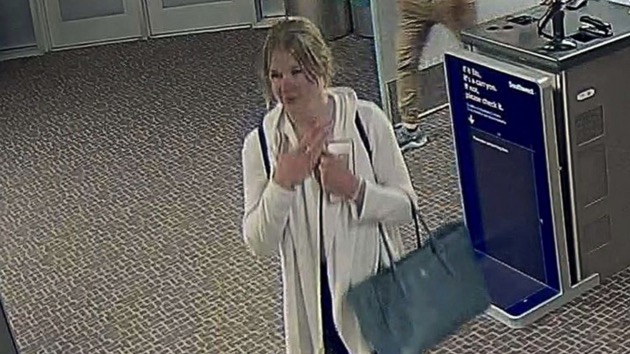 (SALT LAKE CITY) — One person was taken into custody Friday morning in the mysterious case of missing University of Utah student Mackenzie Lueck, Salt Lake City police said Friday.Lueck, 23, was last seen in the early hours of June 17. She landed at the Salt Lake City International Airport around 2 a.m., then at 2:40 a.m. she took a Lyft from the airport to Hatch Park in north Salt Lake City, police said.The Lyft driver told police that Lueck met an individual at the park and did not appear to be in distress, police said.The college senior hasn’t been seen or heard from since then.”I feel very concerned and very worried,” her friend Kennedy Stoner told “Good Morning America” earlier this week. “It’s out of character for Kenzie to go just off the grid like this.”On Wednesday night police executed one of many warrants in the case and searched the home of someone they determined to be a person of interest, Salt Lake City Police Chief Mike Brown said at a news conference Thursday.Investigators said Thursday they were also looking to track down a mattress and box spring discarded from that house, police said.This story is developing. Please check back for more updates.Copyright © 2019, ABC Radio. All rights reserved.