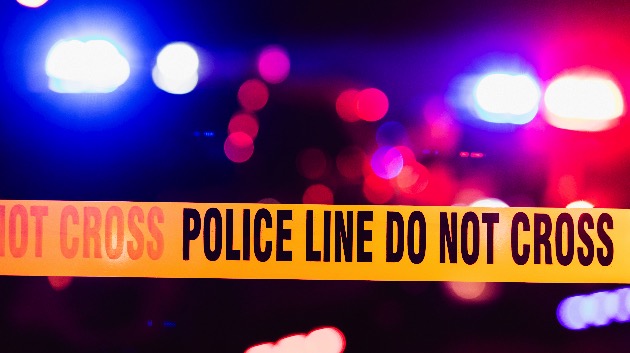 (NEW YORK) — A Long Island mother was arrested for allegedly killing her twin 2-year-old daughters on Thursday, according to police.A woman called 911 about 2:30 p.m. Thursday reporting that her daughter, Tenia Campbell, was on the other line, threatening to kill herself and her baby daughters, according to Suffolk County Police.A three-way call began, lasting nearly 12 minutes, during which Campbell, a 24-year-old home healthcare aid, was “at times hysterical” and would not reveal her whereabouts, Suffolk County Police Commissioner Geraldine Hart said at a news conference Friday.Campbell allegedly indicated the girls were already dead, Hart said.The girls’ time of death has not been verified, Hart said.The 911 call launched “a massive county wide search,” said police.About 90 minutes after the 911 call, phone GPS helped lead officers to Campbell, Hart said.Officers found her in Montauk, Long Island, at the entrance of the Montauk County Park Third House Nature Center, police said.Campbell had allegedly parked and then went to the highway, where Hart said she started screaming at responding officers to shoot her.Campbell was taken into custody as officers tried to save the two children, police said.The twins, Jasmine and Jaida Campbell, were found in their car seats, both in cardiac arrest, Hart said.The girls were taken to a hospital, where they were declared dead, police said.”Unfortunately Jasmine and Jaida’s lives were cut short in the most tragic way imaginable,” Hart said.A motive is not clear, Hart said.There’s no record of domestic incidents, Hart said.Campbell, of Medford, was charged with two counts of second-degree murder, according to police. She is set to be arraigned on Friday.The girls had no outward sign of trauma, Hart said. Autopsies will be conducted by the Suffolk County Medical Examiner, police said.Campbell’s 4-year-old son was found safe with his father, Hart said.Copyright © 2019, ABC Radio. All rights reserved.