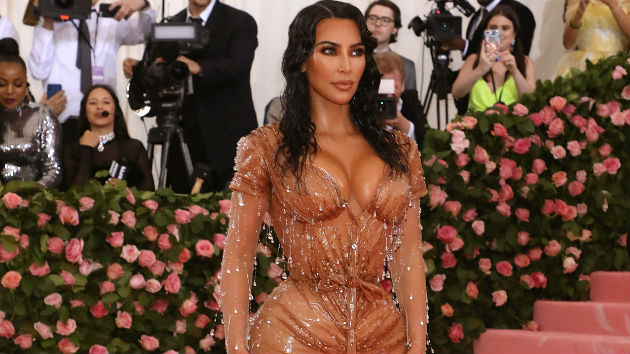 (LOS ANGELES) — Kim Kardashian is defending the name of her new shapewear line after being criticized for cultural appropriation.

The reality star came under fire after announcing the new line was called “Kimono,” which is also the name of a traditional Japanese robe. People took to Twitter to express their frustrations and the hashtag #KimOhNo started making the rounds.

“Why’s it called kimono if that’s a completely different style of clothing,” one Twitter use wrote. “I get that you’re incorporating your name but kimono is the name of a traditional (and cultural) Japanese robe.”

Another posted, “Anyone else mad that Kim K really has a new brand called ‘Kimono’???? Like?? How is her shapewear even connected to Japan? I’m mad.”

Following the backlash, Kim told People exclusively, “It’s obviously a play off of my name, and ‘ono’ means one. I wanted this [to be] for everyone and we thought of the name and it just stuck.”

She also gave a statement to the New York Times saying that Kimono was meant to be “a nod to the beauty and detail that goes into a garment” and she does not plan to design items that “resemble or dishonor the traditional garment.”

That being said, she does not plan to the change the name.

Cynthia Erivo salutes Michaela Coel on her historic Emmy win: “Proud is an understatement”
Kelly Clarkson explains what keeps her coming back to ‘The Voice’
2 homes ‘heavily damaged’ after military aircraft crashes in Texas, fire officials say
A family promise led her to Mount Cristo Rey, the site of a pilgrimage for those seeking a miracle
SpaceX’s 1st all-civilian crew returns to Earth after successful mission
Hostess assaulted at NYC restaurant after asking Texas patrons for proof of COVID-19 vaccination