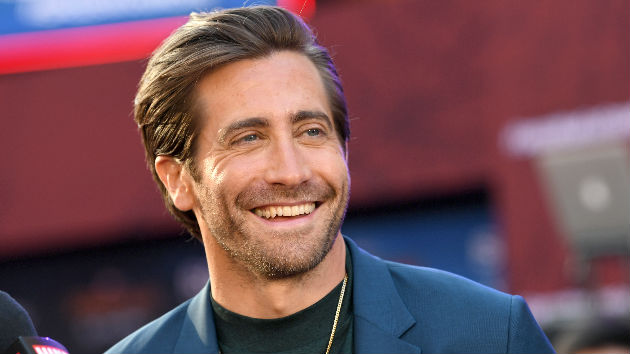 (LONDON) — You will not slander Sean Paul’s name in Jake Gyllenhaal’s presence. Apparently, the Spider-Man: Far Home actor is a huge fan of the pop/reggae star’s music. Who knew?

His secret fandom was revealed during an interview on BBC Radio 1 with co-star Tom Holland during a round of “Unpopular Opinion.” One listener called in and dubbed Sean Paul “massively overrated.”

“No… just hang up on him,” Gyllenhaal fired back. “Sean Paul makes every song better he’s in. Absolutely… he’s a genius. There’s not a song he’s on or a remix that he’s on that isn’t good.”

He continued to gush, “You could be stuck in traffic and he comes on and you want to dance. It doesn’t matter.”

The radio DJ then began playing a medley of Sean Paul tunes, including “Get Busy” and — at Gyllenhaal’s request — Sean’s song with Sia, “Cheap Thrills.”

“Jake Gyllenhaal listens to ‘Cheap Thrills,’” Holland said in surprise. “Just wouldn’t have pegged you for a ‘Cheap Thrills’ fan.”

The clip of Gyllenhaal stanning for Sean quickly went viral and on Friday, Sean Paul showed him that the feelings were mutual.

“Disney+ Day” — ‘Shang-Chi’, ‘Jungle Cruise’, a Boba Fett special, and more coming on November 12
Body found near Grand Teton confirmed to be Gabby Petito, death ruled a homicide
Elizabeth Holmes criminal trial dominated by allegations of deception and intimidation from those who worked for her
McDonald’s to make Happy Meal toys more sustainable by end of 2025
Britney Spears makes triumphant return to Instagram, but some fans think someone else is running the account
911 caller claimed he saw Brian Laundrie ‘slapping’ Gabby Petito: Live updates