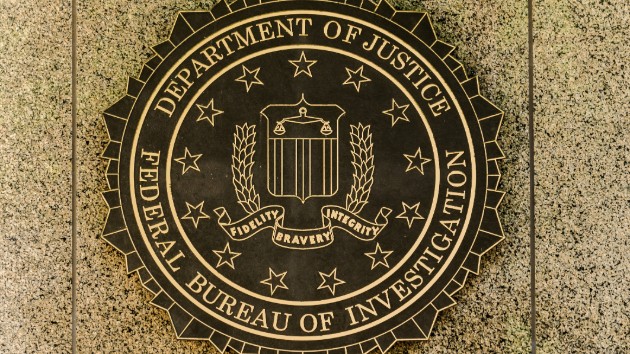 (QUANTICO, Va.) — After 16 women filed a lawsuit against the FBI last month — detailing allegations of gender discrimination while they were trainees at the FBI Academy in Quantico, Virginia — the Democratic and Republican leaders of the House Judiciary Committee have asked the Department of Justice inspector general to investigate.The civil suit filed by the women alleges that what it calls a so-called ‘Good Old Boy Network’ at the academy resulted in female trainees being written up and dismissed at higher rates than male trainees. “If true, such conduct cannot be tolerated. The selection process employed by the FBI must be free from discrimination on the basis of factors such as gender and race, and individuals hired to these important positions should reflect the diversity of our country,” Chairman Jerry Nadler, D.N.Y., and Ranking member Doug Collins, R-Ga., write in a letter to DOJ inspector General Michael Horwitz.”We must also ensure potential agents not be deterred from applying because they fear the possibility of such treatment,” they wrote.While they acknowledged that the matter is pending in the courts, “allegations require an investigation into the FBI’s training and selection practices for new agents,” by the inspector general.One of the women named in the suit, Lauren Rose, was a staffer who joined the FBI in 2009 and attended the academy, according to the lawsuit.Rose claims that she passed all of her tests, but received three notation failures for the tactical training portion, and because of this she claims she was dismissed from the academy, despite her male colleagues failing the same tests and not getting dismissed, according to the lawsuit.Rose then took matters to top leadership of the FBI, even writing an e-mail to then-Director James Comey “informing him of the prejudicial and discriminatory practices running rampant at the FBI Academy.””In his response, Director Comey denied such discrimination was occurring and instead suggested she use her ‘pain’ to reflect on her strengths and weaknesses,” the lawsuit said.The bipartisan action comes as recent statistics show that 36 percent of applicants to the FBI are female and 20 percent of agents brought on board are female, according to FBI data.The lawsuit also alleges that the male instructors defined the women trainees by “subjective citations,” such as “candor,” “insubordination,” and “lack of emotional maturity,” the lawsuit said.”While we are unable to comment on litigation, the FBI is committed to fostering a work environment where all of our employees are valued and respected,” the FBI said in a statement. “Diversity is one of our core values, and to effectively accomplish our mission of protecting the American people we need people of different genders, backgrounds, experiences, and perspectives.”Copyright © 2019, ABC Radio. All rights reserved.