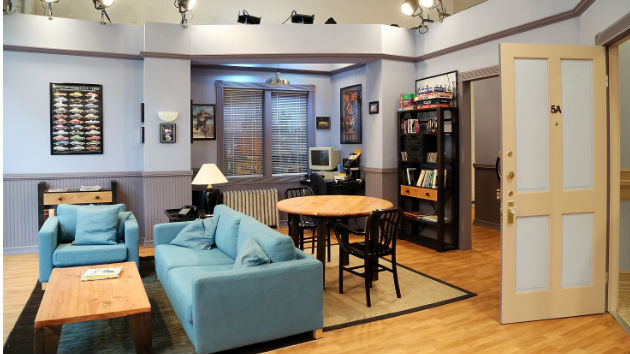 The immersive attraction, from live entertainment producers Superfly, will debut this fall and offer a behind-the-scenes glimpse at the series through interactive exhibits, costumes, memorabilia, set re-creations and props.

The experience will also include a retail store that offers limited edition merchandise specific to the show and the exhibit.

Jerry Seinfeld himself is on board with the idea. In a statement, he says, “Because I am Seinfeld, for a long time I was the only person to actually have the Seinfeld experience. Now, these crazy Superfly people are going to make it so lots of people can interact with our silly 90’s TV show.”

“All I can say is, in the general context of the world we live in, this now seems completely normal,” he adds.

The Seinfeld Experience will be located in the Gramercy neighborhood of Manhattan. Tickets will go on sale in the coming months and will be available for purchase through February 2020 at SeinfeldExperience.com.

Seinfeld celebrates its official 30th anniversary on July 5, which is when “The Seinfeld Chronicles,” considered to be the pilot episode of Seinfeld, first aired on NBC.