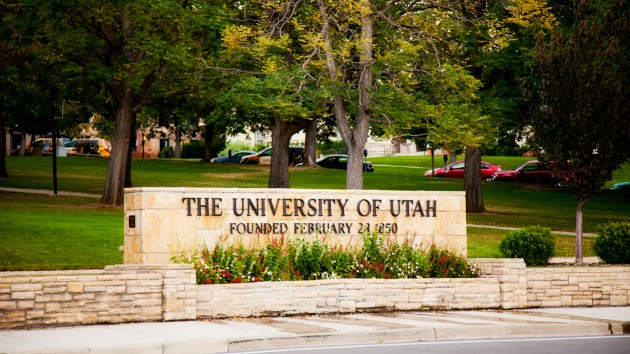 (SALT LAKE CITY) — The parents of a University of Utah student who was killed on campus by her ex-boyfriend last year plan to take legal action against the school. Matt and Jill McCluskey said they will hold a press conference in Salt Lake City on Thursday morning after their attorneys file the legal complaint. “Matt and I realized that the only way to improve campus safety is to file a lawsuit,” Jill McCluskey said in a statement obtained exclusively by ABC News, which she will read at the press conference. “This is a last resort to effect positive change.” A spokesperson for the University of Utah declined to comment prior to receiving and reviewing the lawsuit. The couple’s 21-year-old daughter, Lauren McCluskey, was shot and killed on the University of Utah’s campus in Salt Lake City on Oct. 22, 2018, after an altercation with Melvin Rowland, a 37-year-old man whom she had dated for just a month.The track and field athlete was on the phone with her mother when Rowland confronted her in the parking lot outside her dorm. He allegedly dragged her to a car he had driven to campus and forced her into the back seat before shooting her multiple times, according the University of Utah Police Department. Rowland was later found dead of a self-inflicted gunshot wound, police said.Lauren McCluskey had ended her relationship with Rowland just weeks earlier, after discovering he had lied about his identity and his age, and that he was a registered sex offender as a result of a 2004 conviction of enticing a minor, police said. Online records show that Rowland went to prison for the conviction and was on parole at the time. Following the split, Lauren McCluskey was bombarded with a barrage of harassment from Rowland, which she reported to authorities dozens of times, according to her parents. “Matt and I were shocked that campus police and campus housing’s response to Lauren’s cries for help were incompetent, unaware, skeptical of her, complacent, and uncaring,” Jill McCluskey said in her prepared remarks for Thursday’s press conference.Less than two months after her death, the University of Utah released an independent review of the case. University officials told ABC News in a statement that the university community grieves the loss, and that their report “identified areas of deficiency in the university’s systems and processes and made 30 recommendations for ways to improve them. The university is acting immediately to correct the deficiencies identified in the report.” “Work is underway to implement every one of the 30 recommendations made by the review team,” the school added.Speaking out for the first time in an on-camera interview earlier this year, Matt and Jill McCluskey told ABC News they believe their daughter’s death was preventable, and that the university failed to protect her. “They seemed to show no curiosity about this person who had lied about his age, his name, his … he was a sex offender,” Matt McCluskey said in the interview. “And then they found out that he’s also a felon.” “They should’ve investigated,” the father added. “They would’ve very quickly found his parole status in one call and it would … we wouldn’t be sitting here today.” Following ABC News’ interview with the McCluskeys, the university released an additional response, expressing their condolences. “We are aware that nothing can compare to the heartache of parents who have lost their daughter to a violent crime,” the statement reads, in part. “The University also acknowledges that Lauren’s parents have raised important questions about campus safety.”Months later, the McCluskeys said there still has been “no significant change.” “The university has taken no responsibility for Lauren’s preventable death. No one has been disciplined or held accountable in the campus police or Housing,” Jill McCluskey said in her prepared remarks for Thursday’s press conference. “The University of Utah is on the wrong side of history in how they handled Lauren’s case and how they responded to her death. Women must be believed and taken seriously when they ask for help.” The McCluskeys said any money they receive from the lawsuit will go to the charitable organization they founded earlier this year in their daughter’s honor, to support student athletes and to pay their expenses. Copyright © 2019, ABC Radio. All rights reserved.