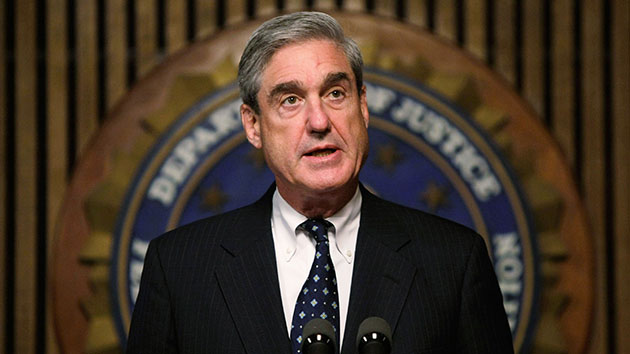 (NEW YORK) — Next month, lawmakers will get the chance to question one of Washington’s most elusive figures after House Democrats triumphed in setting a date to have former special counsel Robert Mueller testify in public before two congressional committees.But after landing the notoriously reserved former FBI director — whose only public comments since launching the probe lasted just nine minutes — what do lawmakers hope to accomplish?Democrats want Americans — many of whom have not read his report — to hear Mueller describe his investigation, including the evidence he gathered regarding possible obstruction of justice by President Donald Trump. Specifically, did Mueller punt to Congress because Justice Department policy precludes prosecuting a president in office?How he answers could prove key to their making the case that impeachment is justified, if Democrats chose to pursue that route. Republicans, on the other hand, hope to undermine Mueller’s probe in defense of the president.For his part, Mueller has signaled his intention to “not go beyond our report” in any remarks before Congress, fearing he could get dragged into a political slugfest. But on CNN Tuesday night, Rep. Adam Schiff, the Democratic chairman of the House Intelligence Committee, said that while Mueller remains “deeply reluctant” to testify, “Congress has questions that go beyond the report.”“We have questions about the counterintelligence investigation and the role of the agents within his team, to questions about some of the prosecutorial decisions that were made. We have fact questions about some of the statements that were made in the report,” Schiff said. “So there are any number of issues that we wish to cover with him.”Beyond trying to get him to clarify key passages in his 448-page report, Democrats hope that seeing and hearing the strait-laced Mueller on live television may draw the public’s attention back to the Russia investigation, which plagued the White House for more than two years.“If [Mueller] says what was in the report — and says it to the American people so they hear it — that will be very, very important,” Rep. Jerry Nadler, D-N.Y., the chairman of the House Judiciary Committee, told reporters on Wednesday. “That will be important itself. Whether he goes farther than that, we’ll see.”Rep. Jackie Speier, a California Democrat on the House Intelligence Committee, put a finer point on Democrats’ intentions.“You can’t expect the American people to want to read 400 pages of that document,” Speier said on CNN Wednesday. “They are more likely to listen to Bob Mueller, who has shown he has powerful gravitas.”That powerful image Democrats hope to conjure could help hammer home the special counsel’s findings, bring to life a report that most Americans haven’t read and bolster public support for a possible impeachment inquiry.At least 80 House Democrats — roughly one-third of their caucus — now support pursuing impeachment proceedings, even as the public’s desire lags behind. According to an ABC News/Washington Post poll taken after the Mueller report was released, 56% of Americans opposed impeachment.Democrats have thus far struggled to bring witnesses to Capitol Hill, having to rely on court battles for victories against a White House whose penchant to keep current and foreign administration officials from testifying has stalled Democrats’ probes. Jay Sekulow, the president’s personal attorney, said Wednesday on CNN that “there are no legal moves that are being made” by the White House to block Mueller’s testimony.Regardless of Democrats’ intentions, Mueller’s testimony is expected to be must-watch television not just in Washington but nationwide, dwarfing previous day-long hearings featuring the likes of Michael Cohen, the president’s former personal attorney, and Attorney General William Barr in the days after he released the special counsel’s report.But staking so much on Mueller’s appearance, Democrats risk falling flat — and Republicans hope to capitalize on the opportunity.“It is going to backfire on the Democrats,” Rep. Mark Meadows, a top Republican on the House Oversight Committee, said on Fox News late Tuesday. “Bob Mueller better be prepared, because I can tell you — he will be cross-examined for the first time, and the American people will start see the flaws in his performance.”Sen. Lindsey Graham, R-S.C., one of the president’s closest allies on Capitol Hill, predicted late Tuesday on Fox News that Mueller’s testimony “will blow up in their face,” referring to Democrats, adding that “the conclusions can’t change.”One potential subject for Republicans’ questions could be Mueller’s team of prosecutors – long a subject of President Trump’s ire and whom he frequently to as “angry Democrats.”Nadler said Wednesday the committees “may be” planning to hear from members of Mueller’s team, and Republicans are poised to follow the president’s lead. On Fox News Tuesday night, Rep. Meadows said inquiries about the political backgrounds of special counsel prosecutors “a legitimate question.”With three weeks until Mueller’s July 17 hearing, the president remains an important variable. On Wednesday, Trump lashed out at news of the special counsel’s testimony before the House Judiciary and Intelligence Committees.“The Mueller thing never stops,” Trump told reporters at the White House. “I heard about it last night and I just said, ‘Does it ever end? At what point does it end?’ It’s a disgrace.” “Copyright © 2019, ABC Radio. All rights reserved.

Democrats lash out at Biden administration over handling of Haitian migrants
Mom dying of ovarian cancer shares what she wants women to know about the deadly disease
First ‘SNL’ guests of the season: Owen Wilson, Kim Kardashian West, Rami Malek, and Jason Sudeikis
Jada Pinkett Smith celebrates 50th birthday on ‘Red Table Talk’; ABC to adapt Baratunde Thurston’s ‘How to Be Black’
Ray J responds to rumors of a second sex tape with Kim Kardashian: “This ain’t cool”
Biden agrees with France’s Macron that sub snub could have been handled better