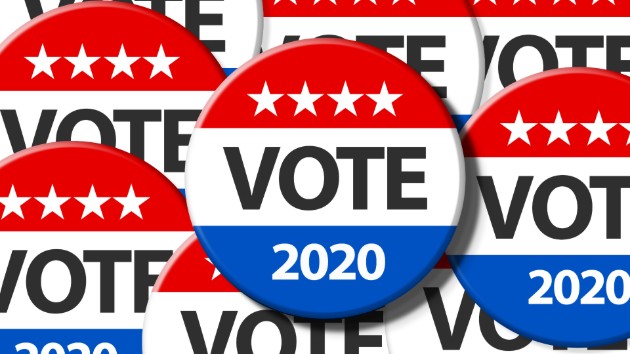 (MIAMI) — The first Democratic debates are here, with 2020 contenders converging in Miami over two nights — first on Wednesday, again on Thursday — in a crucial battleground state. In the initial months of the campaign season, the presidential hopefuls have sought to break out from a sprawling field. These 20 Democrats are hoping to reach Democratic primary voters beyond visits to coffee shops and house parties in early-nominating states — and to reset the playing field. The two-night event, airing at 9 p.m. EDT on NBC, MSNBC and Telemundo, continues Thursday with 10 different candidates.After a wonky, relatively cordial opening night, with only a few moments of sparring between competitors, the Thursday debate will give the next slate of candidates their first opportunities to differentiate themselves and pitch a wide array of policy prescriptions on the major issues like climate change, gun control, health care, foreign policy, immigration and criminal justice reform.The second 10 candidates are:

At center stage Thursday night is a clash of higher-polling front-runners: Biden and Sanders, who are expected to bump elbows as they seek to grab a lead.For Sanders, as one of the most liberal contenders on stage, he’ll likely be seeking to reiterate his ideological purity among a more progressive field than he saw in 2016, especially as he’s competing now against Massachusetts Sen. Elizabeth Warren for a similar cohort of voters on the party’s left flank.The second night also will be the first opportunity for the other nine candidates on stage to interact directly with Biden on the heels of his various missteps. Most recently, the former vice president was criticized by his rivals, particularly New Jersey Sen. Cory Booker, for praising segregationist senators at a fundraiser.But Biden and Sanders, both over 70 years old, will be flanked by Harris, 54, and the 37-year old Buttigieg in a stark generational contrast that will be hard to ignore.The former vice president is prepping for the debates by focusing on his own record, as he will have to communicate his vision for the country in 60 seconds or less.”He has been focused on how he will best communicate his plan and vision to the American people,” a Biden adviser told ABC News about the former vice president’s debate preparation.When asked about reports Biden was getting to know Sanders’ debate style from previous debates, the adviser said, “The VP has not been focused on senator Sanders’ debate style.”As for Sanders, he told reporters as he left the Knight Concert Hall on Wednesday, he is “absolutely” ready for his appearance on Thursday’s debate stage.He specifically pointed to his Medicare for All plan, work at the Capitol to increase the federal minimum wage to $15 an hour, and recently announced a bill to wipe out all student loan debt and make public colleges and universities tuition-free as several focus areas.A campaign adviser for Harris told ABC News she’s been prepping all week for the debates in both Washington, D.C., and Miami, and enjoying Cuban and Caribbean food while in Florida.But others are taking a much more lighthearted approach to debate prep: Williamson posted a video of her dancing a day before her debate appearance.A day before the first debate, NBC announced that each night will be split into five segments with four commercial breaks over the two hours. Throughout each segment, candidates will have 60 seconds to answer questions and 30 seconds to respond to follow-ups.In order to qualify for the debates in June and July, candidates must earn at least 1 percent support in three separate national or early-state polls conducted from Jan. 1 to two weeks before the given debate, or receive donations from at least 65,000 people across 20 different states, with a minimum of 200 unique donors per state. The number of debate participants has been capped at 20 by the Democratic National Committee.There are three declared candidates who will not appear on either stage after failing to meet the DNC’s qualification standards for the first debate: Montana Gov. Steve Bullock, Massachusetts Rep. Seth Moulton, and Miramar, Florida, Mayor Wayne Messam. Copyright © 2019, ABC Radio. All rights reserved.