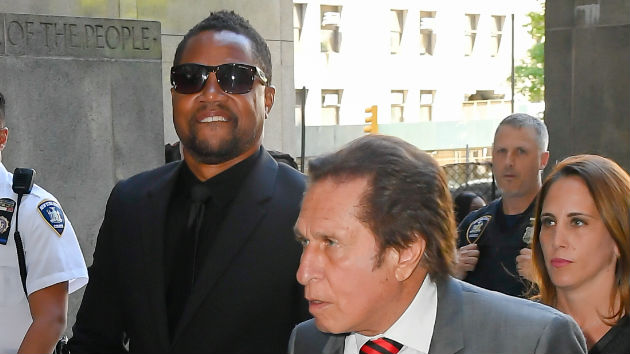 (NEW YORK) — Cuba Gooding Jr.’s lawyers filed a motion on Wednesday to dismiss sexual misconduct charges against the actor, citing alleged entries in his accuser’s blog that “she is starving to be visible.”

Gooding’s lawyer submitted the accuser’s blogs to the court as evidence, calling it “the metamorphosis of a terribly warped mentality.”“Making a false claim against a world-renowned Academy Award-winning actor would certainly put her in a position where she would no longer be never be invisible,” attorney Mark Heller said after the New York City court hearing.

However, Judge Keshia Espinal declined to rule immediately on his motion to dismiss, saying that it would be “a rash decision which the court is not willing to do.”  Espinal has instead given prosecutors until July 17 to respond in writing, after which she’ll rule on the motion to dismiss on August 14.

Heller claims prosecutors are effectively holding the actor “hostage” with the schedule of monthly hearings, forcing him to fly from California to New York every time there’s a court proceeding.  Heller also challenged the district attorney’s decision to exclude the victim’s name from the public court filing because she’s an alleged sex crime victim.

Gooding pleaded not guilty last Thursday to one misdemeanor count each of forcible touching and sexual abuse in the third degree.  The charges stem from the 51-year-old actor’s alleged groping of a woman’s breast inside Manhattan’s Magic Hour Rooftop Bar on June 9, a claim Gooding denies.