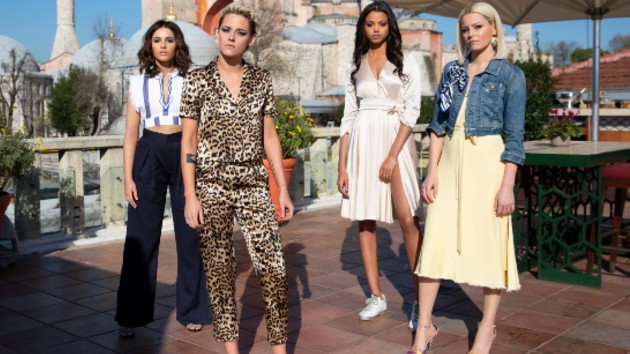 In the first glimpse of the film — written and directed by Elizabeth Banks — we meet the new spy trio, played by Kristen Stewart, Aladdin’s Naomi Scott and newcomer Ella Balinska. As they kick butt in various wigs and disguises, the new song plays in the background.

The single’s title has yet to be revealed but Ariana, Miley and Lana can be heard singing the lyric, “Don’t call me angel.”

Ariana also revealed that she is co-executive producing the movie’s soundtrack. In an Instagram post, she called the experience “the coolest f***ing thing in the world.”

“Beyond grateful for this opportunity and can’t wait for everyone to hear the music and see this phenomenal film,” she writes.