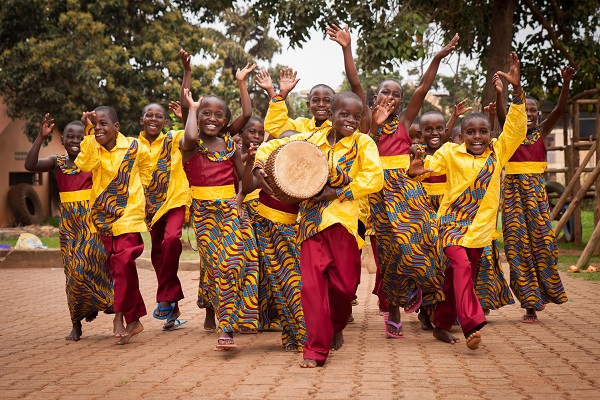 Johnsonburg, PA – Come be inspired tomorrow as the African Children’s Choir makes a stop at the Johnsonburg High School Auditorium!

Although the concert is free for all ages, a free-will offering will follow to provide education costs to help break a cycle of poverty.

The concert is sponsored by the Johnsonburg First Baptist Church.

Nearly every performance is concluded with a thunderous standing ovation!

In spite of the tragedy that has marred their young lives, the children are radiant with hope, musically gifted and always wonderfully entertaining.

The concert is this Friday at the Johnsonburg High School, starting at 7 p.m.

Listen to the full interview with Tina Shipp, the director of the choir.

The African Children’s Choir is composed of African children, aged 7 to 10 years old. The children in the Choir represent the potential of the thousands of children in Africa who are trapped in the cycle of poverty.

The children melt the hearts of audiences with their charming smiles and delightful African tunes, accompanied by ethnic instrumentation. The program features well-loved children’s songs, hand clapping, traditional spirituals and contemporary tunes. Nearly every performance is concluded with a thunderous standing ovation. A marvelous by-product of the concert is the inspiration the music brings to virtually every listener. In spite of the tragedy that has marred their young lives, the children are radiant with hope, musically gifted and wonderfully entertaining.

Where have they performed?

Over the past 30+ years, the children have appeared in thousands of concerts around the world, including concerts at the Pentagon and the United Nations. They have been featured on popular television shows, including “The Tonight Show” and “American Idol”. The Choir has had the privilege of performing at the Royal Albert Hall, London as part of the BBC Proms series. They have performed for the Queen as well as other royalty and world leaders. They have performed alongside some of the biggest names in the music industry and even recorded music for Hollywood movie soundtracks.

What is the purpose of their tour?

The African Children’s Choir is more than just a choir. It’s part of a larger, international, Christian organization called Music for Life, which provides thousands of impoverished children throughout Africa with the education, discipleship and leadership skills needed to rise above their conditions so they can bring positive, lasting change to their families, communities, and countries.