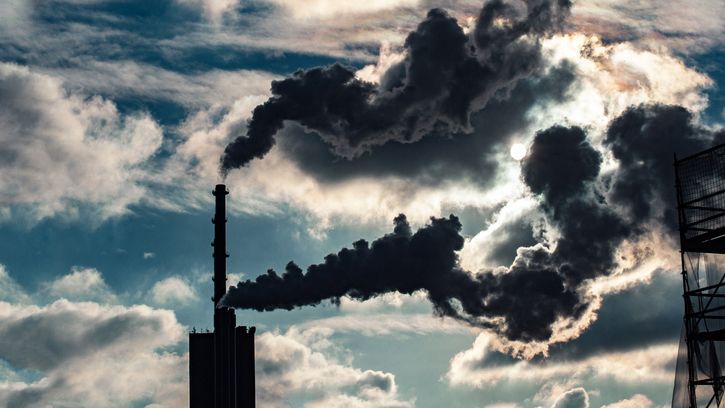 (PORTLAND, Ore.) — There are more than 100 bills that still need to be voted on before Oregon’s legislative session ends this week, but it’s not clear that any of the Senate’s Republicans are going to show up.The Oregon Senate Republicans walked out last week over a scheduled vote on a bill relating to climate change regulations, and they haven’t come back since.The Senate’s 11 Republicans went into hiding — with rampant speculation about their whereabouts – in and effort to bust the state-mandated quorum that is required to hold votes. Of the Senate’s current 29 members, 20 have to be present to vote. When the 11 Republicans left, that left only 18 senators dealing with the pending votes, and therefore, not enough to move forward.”We’ve heard rumors all over the place,” Rick Osborn, the communications director for the Oregon Senate Majority office, said of the Republicans whereabouts. “We’ve heard Idaho. We’ve heard Montana. We’ve heard Washington. I think I heard about somebody in California. I don’t know if they’re together or separate but they appear to be out of the state.”The idea of simply walking out of the job in order to prevent a vote is not actually new to these senators, as they pulled a similar stunt in April.Osborn said that the Republicans walked out over an education bill in April, but there were enough Democratic votes to pass the measure without bipartisan support. But in order to avoid a similar incident unfolding, Osborn said that both sides struck a deal not to flee the state.”They gave us their word at that point that they would not do this again and in exchange we lost a piece of legislation that had to do with gun safety and a piece of legislation that had to do with vaccines,” Osborn said.That deal apparently fell apart, and now Osborn said that there are more than 100 bills that still need to be voted on before the legislative session ends at midnight on Sunday.Among the outstanding bills are budgets for the education and forestry departments, which Osborn warned is particularly troubling ahead of the summer and forest fire season.The bill that allegedly prompted the most recent walkout – H.B. 2020 – is essentially done, with the Senate president saying this week “that particular bill does not have a path forward” because there were not enough votes among Democrats to have it pass without other support.Osborn said that he assumes that negotiations between Senate Republicans and Democratic leadership is continuing — including the state’s Democratic Gov. Kate Brown who issued a stern statement on the issue Tuesday.”This is not the Oregon Way and cannot be rewarded,” Brown said in her statement. “The Republicans are driving us away from the values that Oregonians hold dear, and are moving us dangerously close to the self-serving stalemate in Washington, D.C.”The Oregon Senate Republican caucus did not immediately respond to an ABC News request for a comment about the walkout.For Osborn, the issue is not only one mired in frustration over elected officials “running from a vote you don’t like,” but also the fact that they tried to avoid this.”When they came back [in April] we gave up a couple of bills and they gave their word they wouldn’t do this again, and they did this again,” he said.

Democrats lash out at Biden administration over handling of Haitian migrants
Mom dying of ovarian cancer shares what she wants women to know about the deadly disease
First ‘SNL’ guests of the season: Owen Wilson, Kim Kardashian West, Rami Malek, and Jason Sudeikis
“No one is safe. Not one of you.”: Johnny Depp decries ‘cancel culture’
Ray J responds to rumors of a second sex tape with Kim Kardashian: “This ain’t cool”
Nicole Richie sets hair on fire while blowing out birthday candles